Synopsis: The new gripping female-led fantasy from author Maria Lewis with her trademark brand of feisty female heroines, world-building and a bit of romance, perfect for fans of Leigh Bardugo, Sarah J Maas and Charlaine Harris.

Four women. One world changed forever. It has all come down to this.

Werewolf Tommi Grayson always knew she was a weapon, she just needed the right target. Never in a million years did she expect that target to be the current leaders of the supernatural world.

Sprite Dreckly Jones has spent the entirety of her 140-years hiding in one form or another. Until now. Having seen enough wars, she should be fleeing from the action. Yet some battles are unavoidable. Some are destined.

Corvossier ‘Casper’ von Klitzing knew this day was coming. Or rather, the ghost of her dead brother Creeper kept telling her so. Repeatedly. The supernatural world is in outright revolt against their government, the Treize, and Casper’s gift to rally the living and the dead is more vital than ever.

Banshee Sadie Burke‘s bravery was the catalyst for this chaos – and for the unique chance the supernatural world now has to change the balance of power forever. Witches and werewolves working together. Sprites teaming up with shifters. Demons and goblins in cahoots. The human world on the precipice of learning they’re not alone. Yet Sadie’s power came at a cost, three of them in fact, with the future hinging on the birth of her unborn triplets.

The four women and their collective of monsters, misanthropes and misfits have no choice but to risk everything to save everything, with their personal prejudices paling in comparison to a possibility … the possibility of a better world for themselves and every being that comes after.

This is the thrilling conclusion to Maria Lewis’ award-winning, best-selling Supernatural Sisters:

Who’s Afraid?
Who’s Afraid Too?
The Witch Who Courted Death
The Wailing Woman
They Came From the Deep
The Rose Daughter

The conclusion to the Supernatural Sisters series, Her Fierce Creatures pulls everything from the previous novels together as we head towards the conclusion and ultimate outcome of the narrative. I picked this up from the publisher before realising it was part of a series, so I did miss a few things, but was able to understand enough to read this book without going back and delaying my reading. In this story, we follow four supernatural women – Sadie, a banshee pregnant with triplets who are destined to help save the world, Tommi, a werewolf, who has to help build an army across the supernatural world. Dreckly, a sprite who has lived a long life, and is trying to unite the supernatural races and groups against those who wish to do them harm, and Casper, the Corvossier determined to help and avenge her brother’s death. These four women and those they’re working with are rebels and misfits, the ones who have been driven out by those who want control and are happy with the status quo. As war brews and starts to destroy the world as Sadie is due to deliver her triplets and replace The Three.

The novel focuses on four women who are destined to work together, and with allies throughout the supernatural world. The female-focused and female-led book illustrates the power of the female characters in this story, in the world that Maria Lewis has created, and the role of women overall in history and stories. It gives them a voice, and it gives a diverse range of women a voice – based on race, sexuality, and disability mostly based on my reading, but others might find other identities within this book, and that is the wonderful thing about reading – we all pick up on different things and this is okay, because we pick up on what we enjoy and what matters to us.

The differences in race, disability, and sexuality and various relationships throughout the book and one would therefore say across the series is effortlessly done. These characters are whole – they are just who they are within the story and can use those identities and characteristics to fulfil a wonderful story and create a narrative that is inclusive and evocative, and one that everyone who reads it will be able to find something that they like about this book and the series it concludes.

Like most novels, there are good and bad things happening, tensions and a sense of urgency that picks up as the novel progresses, especially in the later half of the story, as it collides with the realities of what the characters are facing. It is a universal story of struggle, war, family, diversity, and discrimination, and unity as the characters strive for a better world for all, and work to create a world of equality and acceptance, which speaks to a universal trend in fighting for equality and acceptance and a sense of justice and needing to work together.

Even though I haven’t read the previous novels, I was able to understand what was going on and what had been going on, and feel that it concluded things nicely, and hope fans of the series will enjoy this conclusion to the series. 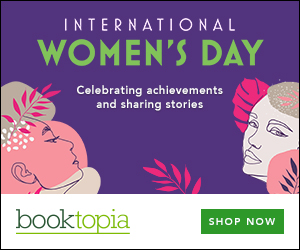 2 thoughts on “Her Fierce Creatures by Maria Lewis”