Synopsis: In 1942, 12-year-old Nick lives in Rose Bay, Sydney, with his mum, dad and sister, and dreams of becoming a writer like his dad. But with the world at war, Nick is constantly
on alert for anything that seems out of the ordinary and then late one night he sees it!
A plane! But no-one believes him! Then, the unimaginable happens. Sydney is attacked! And Nick starts noticing people behaving strangely. Is it just his imagination or something more sinister?

In 1942, Nick’s life in Sydney is far from the war, apart from the times his father is away reporting on the battles. He longs to be a writer, and is always observing people and making notes, in between helping his mother with his younger sister, Tilly, and going to school. Nick’s life is touched by the stories of what is going on in the war across the world, as he learns about what is happening to the Jews in Germany and hears stories about how prisoners of war are treated, but in Sydney, everyone feels as though the brutal realities of the war will never reach them like it did in Darwin in February 1942.

That is until Japanese midget submarines launch an attack on the harbour, and sink the Kuttabul, and Nick begins to see spies everywhere, leading him to follow people he sees as suspicious – yet there’s more to the story than meets the eye, a lesson that Nick will find important as Sydney falls under attack.

2022 marks the 80th anniversary of these attacks – which makes novels like this poignant and important. They remind us that everyone was touched by the war in some way – whether on the home front, on the battle fields, or through knowing someone affected by events far from where they lived, such as Mrs Stein being unable to help her family escape persecution in Europe. Sophie Masson not only touches on how Nick and his family are affected, but how Jewish people are affected, how people who have family stuck in other theatres of war were affected, and how assumptions about someone based on appearance can change when you get to know the person and understand them, and find out that they’re just a normal person, not a spy at all.

It is a well-crafted novel, taking a real-life event, and putting fictional figures into what would have been a scary and uncertain time for many people. It makes the history and story accessible for younger readers and has a reassurance in it that lets them know that by the end of the novel, everything will be okay, and that there is always hope, and always a sense that people can get through trying times and be reunited with their family. It doesn’t go into the end of the war but allows the reader to imagine a time where everyone is united and coming together, and shows that good things can come out of tragedy.

Historical fiction can help teach us more than just the facts – they give us the human face, the human cost, and a more in depth look at the real events than what the facts might in a text book. This makes it useful for readers, and in an educational setting to help children and students understand war and the consequences of certain actions in war, and what it would have been like to live through those times in a safe way, that doesn’t shy away from reality, but makes it understandable for younger readers. 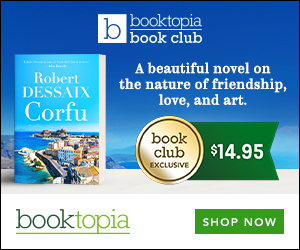 3 thoughts on “Sydney Under Attack by Sophie Masson”