Title: When the War Came Home

Synopsis: 12-year-old Natalie is furious when her mum, Ffion, loses her factory job for sticking up for workers’ rights. Now they have to leave their home and go to stay at her uncle’s farm. The last thing Natty wants is to buddy up with her know-it-all cousin, Nerys. Natty gets on better with her older cousin Huw, despite the fact that he’s returned from the front line of WWI and his mood can be unpredictable.

Instead, Natty finds herself making friends with two convalescing soldiers with very different conditions. Maybe spending time with them will give her a way to help Huw? One of the soldiers, Johnny, is suffering with amnesia and Natty is determined to help him discover his identity.

Before she knows it, Natty is drawn into a mystery where the answers to who Johnny truly is lay closer to home than she could have ever imagined …

The start of a new decade sees new social movements as the world moves out of The Great War, and into the 1920s, away from the Spanish Flu, and into a time of suffragettes and various labour movements and strikes across Britain. When Natty’s mum loses her job because she stands up for workers’ rights, they have to move in with family, and Natty has to go to a new school, and try to get on with her cousin Nerys, though she finds Huw, a veteran from the Great War, easier to talk to. But Huw is also hiding a secret, and as Natty finds her life changing, she discovers two convalescing soldiers nearby. One, Johnny, has amnesia, so Natty sets out to help him as her school friends strike for free lunches and fairness in their education.

Set against the backdrop of returning soldiers, movements for equality and rights and the suffragette movement, this book encapsulates a post-war era that is rarely explored in books and does so through the eyes of a child as she comes to understand her changing world as peace starts to creep through, though the scars of war – both physical and hidden – remain amongst many. It captures the feelings of hopelessness when faced with bullies – seen and unseen, and the fall out of war, as well as the power of people to change things, showing that ordinary people, often those who are deemed as unimportant standing up for what they believe in, and trying to make change happen.

At its heart, it is about people power, the power of friendship, and the power of unity and working together. Natty has a different goal to her friends – she wants to help Huw and Johnny more, though she also knows her friends and her mother are right – and hopes she can do both. Natty’s story shows that there have always been things we have fought against – whether it is an enemy with guns, or enemies who think they can run things the way they want because they have money and power, and sometimes, it is a combination of both.

Lesley Parr has created a touching story that allows kids to show their strength and confidence, as well as the human spirit’s ability to move towards healing and accepting change as the years immediately following the war bring everyone together but also threaten to tear them apart. It shows that family and friends will always be there in hard times, and when things seem like they’re really bad, there is always the chance that they will get better, even if some things never get wholly better.

The book sensitively balances hope and despair, good and bad, and happy and sad, with a hopeful ending that unites a family, and shows kids that they can stand up for themselves and empower them to do what they think is right, whilst showing that protest and standing up to people in power has happened throughout history – the causes and reasons may have changed or evolved, but sometimes, the same processes are used – proving that people power can change things, even if it takes time. 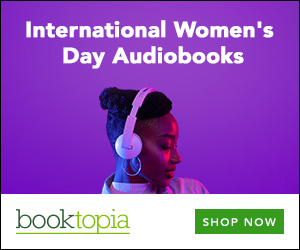 1 thought on “When the War Came Home by Lesley Parr”