Synopsis: A powerful novel about three young women caught in the hysteria of their own times.

In 1628, Veronica and her brother flee for their lives into the German woods after their father is burned at the stake. At the dawn of the eighteenth century, Scottish maid Katherine is lured into political dissent after her parents are butchered for their beliefs. In present-day Australia, Paisley navigates her way through the burning torches of small-town gossip after her mother’s new-age shop comes under scrutiny.

I 1628, Veronica and Hans Junius run away after their parents are burnt at the Hexenhaus, accused of witchcraft. They’re left with a letter from their father, penned prior to his death as they escape into the woods, and find haven with a woman called Frau Berchta, and Christoff, a young man who comes to work. The hysteria around witches grows and threatens the safety of Veronica and her brother.

In 1696, Katherine Campbell becomes involved in the Jacobite rebellion after the murder of her parents – and  romance sprouts between her and John Erskine. Yet whispers of witchcraft still abound, and Katherine is amongst one of the accused Paisley witches, condemned to death.

And in the current day, Paisley lives in Bundanoon with her mother, who runs a new-age shop. When a classmate of Paisley’s ends up in hospital, and then goes missing, everyone starts to blame Paisley’s mother.

The three women are connected by a book of names, the Systir Saga, which is briefly referred to as such by Katherine, and is passed down from mother to daughter, along a female line. Hexenhaus is a book that captures the history of the witch hunts in the seventeenth century, and carrying on through history, and the re-emergence in the twenty-first century. The first two stories – Veronica and Katherine’s stories – are based on real families and figures caught up the witch hunts of the 1600s, where many met a tragic end. Nikki has used their stories to create the fictionalised characters, whilst staying true to what really happened, which gives the book something extra. In the modern chapters, her characters – Paisley, her friends and her mother, stand up to discrimination that her ancestors faced.

The combination of family and history in this books provides a link between the stories  – the book that is passed down from mother to daughter throughout history. Each character’s story is told in alternating chapters, signposted by the character’s name, place, and year – so we get a full and well-rounded view of what is going on, and it weaves in and out of each time, place, and character, allowing readers to be drawn along and see how each story parallels each other, and we gain a better understanding of how everything is related and how it eventually comes together.

Hexenhaus is the start of the Systir Saga series, and I’m looking forward to see what other stories are explored, and how far back into history we go. It is the story of women’s power and the ways people feel threatened by new or different beliefs, and what it means when an overly religious and patriarchal society sees a threat in someone who is very likely not a threat at all. But they have twisted their beliefs to accommodate what amounts to murder of innocent women, which bubbles away throughout history in different ways, manifesting itself as different outcomes for the women and people accused of witchcraft or having what some deem to be ‘harmful beliefs’ – when all these women were doing was offering remedies for illnesses, and healing methods, or exploring a different religion in their own way without forcing it on people.

It illustrates that if someone feels threatened by something and someone harmless, who isn’t hurting anyone, that the person who feels threatened will lash out and find ways to isolate or turn everyone else against the innocent party. This can happen to anyone  – and we need to remember that when what someone is doing harms no-one in anyway, we shouldn’t discriminate – because all that does is hurt more people than it helps, and we go back to days of the witch hunts, for example, and we let those old ideologies and manifestations, the old misunderstandings and determination for ‘cleansing the world’ of ‘undesirables’ comes back into fashion, even if we don’t tie people up and set them on fire in the town square these days. At its heart, it is a book that celebrates women, sisterhood, and female accomplishments, whilst hammering home that discrimination should never have a place in society through the history of witch hunts and witch burning. 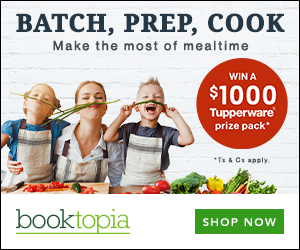 2 thoughts on “Hexenhaus by Nikki McWatters”