One of the Australia’s literary awards has just announced the shortlist for 2018 – The NSW Premier’s Literary Awards, with the winner to be announced in April. Each category and the shortlisted novels for this prize are listed below for 2018, and information about each prize category can be found here in a previous post:

The Christina Stead Prize for Fiction:

Seabirds Crying in the Harbour Dark by Catherine Cole, published by UWA

Pulse Points by Jennifer Down, published by Text Publishing

The Book of Dirt by Bram Presser, published by Text Publishing

The Restorer by Michael Sala, published by Text Publishing

Victoria: The Woman Who Made the Modern World by Julia Baird, published by HarperCollins Publishers “A passion for exploring new countries” Matthew Flinders & George Bass by Josephine Bastian, published by Australian Scholarly Publishing

The Green Bell: a memoir of love, madness and poetry by Paula Keogh, published by Affirm Press

The Boy Behind the Curtain by Tim Winton, published by Penguin Random House Australia

These Wild Houses by Omar Sakr, published by Cordite Books

The Elephant by Peter Carnavas published by UQP

How To Bee by Bren MacDibble, published by Allen & Unwin

The Sorry Tale of Fox and Bear by Margrete Lamond and illustrated by Heather Vallance, published by Dirt Lane Press

In the Dark Spaces by Cally Black, published by Hardie Grant Egmont

The Blue Cat by Ursula Dubosarsky, published by Allen & Unwin

The Ones That Disappeared by Zana Fraillon, published by Hachette Australia

Ballad for a Mad Girl by Vikki Wakefield, published by Text Publishing

Black is the New White by Nakkiah Lui, published by Sydney Theatre Company

The Real and Imagined History of the Elephant Man by Tom Wright, published by Malthouse Theatre

No More Boats by Felicity Castagna, published by Giramondo Publishing

The Permanent Resident by Roanna Gonsalves, published by UWA Publishing

Down the Hume by Peter Polites, published by Hachette Australia

2018 Shortlist The winner will be announced at the awards ceremony on 30 April 2018. There is no shortlist for this category. 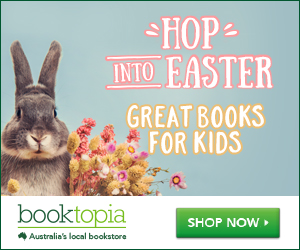