Title: Yesterday Crumb and the Storm in a Teacup

Synopsis: When strangeling girl Yesterday Crumb discovers a magical, walking teashop, she feels like she belongs for the first time – until her new life comes crashing down. With adventure and magic in every teacup, this is perfect for readers aged 8-12 and fans of The Strangeworlds Travel Agency and Starfell.

The first in a new fantasy series for readers aged 8-12, about a girl with fox ears who has never fitted in. With adventure and magic in every teacup, this is perfect for fans of The Strangeworlds Travel Agency and Starfell.

Yesterday Crumb is no ordinary girl. She was born with fox ears that have cursed her to a lonely life working in the circus and her origins are a complete mystery. But she is about to escape into the adventure of a lifetime when she learns that she’s a strangeling who’s lost her magic.

Taken in by Miss Dumpling the flamboyant Tea Witch, Yesterday is introduced to a magical, walking teashop filled with fantastical customers, a flying teapot turtle called Pascal and powerful spells in every teacup!

Yesterday starts to rediscover her magic and to feel a sense of belonging. But a mysterious figure of darkness is working hard to ensure her new life comes crashing down – and it all starts with a deadly shard of ice in Yesterday’s heart…

But there’s nothing that can’t be solved with a pot of tea, a slice of cake and a BIG dash of magic!

Yesterday Crumb has spent her whole life trapped in a travelling circus. She’s a curiosity for those who come – a girl with fox ears, trapped in an iron cage. She’s got a book about faeries with her, and one word scribbled in a torn corner: yesterday. Then one day, Yesterday Crumb escapes. She meets Madrigal, a non-raven, a witch’s familiar, who has come to rescue her. But along the way, she meets Mr Weep, who runs the world of the dead. Yesterday is swept away to Dwimmerly End, a walking teashop run by Miss Dumpling, a tea witch. Here, Yesterday finds a family. Yet she’s got a shard of ice in her heart, and only a month until the winter solstice to remove it – or she succumbs to the will of Mr Weep. And so begins Yesterday’s adventure in Dwimmerly End to become a witch, embrace her heritage, and build a family with Miss Dumpling, Madrigal, and Jack.

Faeries and faerie lore seem to be a popular thing to have in books, and this is another of the ones I have coincidentally picked up – whether for review or my own reading, where faerie lore and the myths and legends associated with the wide range of fae traditions and magic has played a significant role. In Yesterday Crumbs world, which I imagined as a magical version of the Victorian era, we again see clear lines between good and evil – the Seelie and Unseelie, as well as the strict rules that witches like Miss Dumpling must abide by. Yet our core cast of characters are anything but rule followers – finding ways to bend the rules and work them to their will.

Fun and whimsy is coupled with a quest that is filled with danger to find a mournful rose and make a complicated tea. Of course, all troubles in this novel are solved with a tea and a piece of cake throughout the novel, which helps Yesterday grow and learn about herself. The constant threat of Mr Weep hangs over her head, and his determination to drag her into his realm is scary, yet it drives the narrative and will lead into subsequent books as Yesterday learns how to be a tea witch. I loved this book, because it had everything familiar about a magical quest novel, yet with a new twist. It was equal parts calm and thrilling, which drove the narrative well, leading to a conclusion that is exciting and will lead into subsequent novels, whilst also wrapping up the plot of the first book without a dramatic cliffhanger. It’s the kind of book that can be devoured and reread over and over, and will hopefully become one of those series that captures the imaginations of readers for years to come. 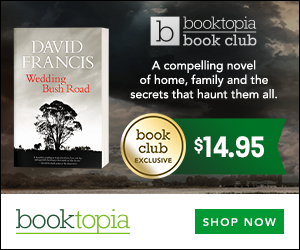