Synopsis:  A thrilling adventure story for children and young adults by Ruth Park, Playing Beatie Bow follows Abigail as she is swept back to the Sydney of a hundred years ago by a scary game. The game is called Beatie Bow and the children play it for the thrill of scaring themselves.  But when Abigail is drawn in, the game is quickly transformed into an extraordinary, sometimes horrifying, adventure as she finds herself transported to a place that is foreign yet strangely familiar. Abigail is a teenager who doesn’t quite fit in. She’s new in The Rocks, old in her dress sense, and stuck in the middle of her parents’ messy separation. She can’t wait to get away from all of it. When a street game played by the neighbourhood kids conjures up a mysterious girl, Abigail follows her down twisting alleyways to find herself stuck somewhere strangely familiar and yet entirely strange: The Rocks in 1873. Abigail must first work out where on earth she is, then how she’s going to get home and if she really wants to. In a rollicking tale filled with mystery, romance and magic, Playing Beatie Bow explores the gift each of us must discover inside ourselves. The past is closer than you think. Every so often, there comes a story so brilliant and lively and moving that it cannot be left in the past. Rediscover the magic of our country’s most memorable children’s books in the Penguin Australia Children’s Classics series of stories too precious to leave behind.

Abigail lives with her mother in The Rocks, where her mother runs a store called Magpies. Her father left the family years ago, and Abigail has been distraught since he left. She is also fascinated with the past and creating her own clothing out of old pieces she finds in Magpies. The young kids around her play a game called Beatie Bow. It brings forth a furry child, whom only Abigail and her young neighbour, Natty, can see. Abigail, who lives in the 1970s, is swept back in time to 1873, where things are unrecognisable yet familiar, and a time when New South Wales was still a colony.

Drawn into the Bow family, Abigail is known as the Stranger amongst them, who has come to determine the fate of the family. Yet Abigail is determined to get home, not help this distant family she seems to have zero connection to. The time Abigail spends with the family starts to change her – and change her perspective on her own situation. But will Abigail be able to get home to fix things in her own life?

Playing Beatie Bow is an Australian Classic – one that has been around for over forty years, and is still in publication. It’s been in libraries and bookstores for as long as I can remember, and must have been one of the books that was always borrowed or used as a class set at school. It captures two very different Australias: one, a pre-federation Australia where class, gender and racial discrimination, as well as violence, were an everyday and legally accepted occurrence, at least in the world Beatie took Abigail into, and a world one hundred years later, where it seems that there is progress being made, albeit slowly. Both worlds are set in The Rocks, and the familiarities and differences are stark, and noticeable through Abigail’s eyes. This allows the reader to notice what time we are in and what has or has not changed.

All we know about Beatie Bow is that it is a game – and in Beatie’s day, it is called Janey Jo. We know that it is supposedly scary. At the same time, I felt as though the object of the game was not clear – but for Abigail, it was being drawn into the past and playing a role she knew wasn’t hers in the past, yet one that so many were determined she was destined for. It captures – for readers in the 21st century – two very different time periods, and is perhaps one of the first time slip novels in Australia. These days, we are rather spoilt for choice when it comes to time slip novels. I loved the contrast of how people viewed children and teens – and how it showed Abigail growing and changing during her time in the past. It is a novel of growth, and of family – of coming to terms with change and what needs to change in your life to move on and accept things as they are going to be. Nothing was certain in this novel, but the little hints dropped at the start were cleverly placed to encapsulate the rest of the novel, and for its time, it engaged with history in an interesting way. 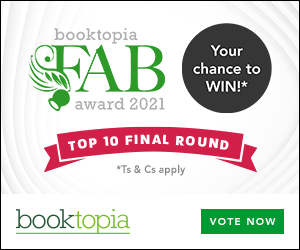 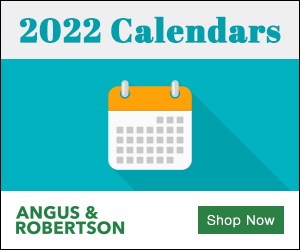