Here’s 11-year-old Henni’s original version of what her gang did when The Phonies moved into their street and started to spoil everything! It’s fast and funny and you never know what’s going to happen next.

Henni and her Stella Street gang live in a normal street with their families and friends, and Auntie Lillie, who loves and cares for everyone – until Auntie Lillie dies, and the new neighbours move in and start making drastic changes and putting in all sorts of complaints about the Stella Street locals. Henni and her gang know there is something strange about the new people they call the Phonies  – who drive off in expensive cars, sort of watch soccer, and throw out expensive, hardly used things and then work to manipulate those who already live in Stella Street. Slowly, Henni and her gang start to uncover what is really happening with the Phonies – what are they really up to, and what will it mean for the Stella Street gang?

I first read this during reading groups in year six at the library and picked it up again when I read about a new sequel. As it had been many years between reading the first and the release of the second, I decided to read the original again, and it seems as if nothing has changed – it as very 90s, and evokes a sense of childhood wonder and fun, where the children are allowed to wander and play in the street, and is as far from the pandemic as possible, which allows readers of all ages to escape and experience a different time and place – whether it is reminiscent of their own childhood, or something to share with younger readers.

It’s a simple, fun story, where it feels like nothing much except the usual neighbourhood shenanigans between neighbours – except little hints about what the Phoneys are really up to are carefully dropped  and included as though it is an intricately plotted crime novel. It has an essence of that, and is probably a good introduction to mystery for younger kids. And it satisfyingly and realistically wraps things up, where we know how some things are resolved yet others don’t. This reflects reality and shows how to write an ending to a story that is complex and simple at the same time, and allows for some things to remain a mystery, and Henni tells us that sometimes this is just how the world works.

This fun book will make you laugh, and it is engaging, and an enjoyable read, that engages readers of all ages. It represents a part of Australia through a very specific view – through Henni’s eyes, so we get a certain perspective and view point, which is true of any book. It engages with a small world – the world of Stella Street that soon  expands beyond and shows that hiding secrets won’t always last for long. I loved that the adults were present but allowed the kids to carry the story and work to solve the mystery – and the end has some surprising and fun revelations that kids will revel in when they get there.

A great book from my childhood! 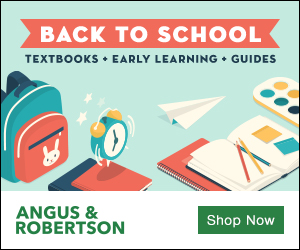 2 thoughts on “45 and 47 Stella Street by Elizabeth Honey”