Synopsis: The new standalone thriller from the award-winning writer of the bestselling Gemma Woodstock trilogy: The Dark Lake, Into the Night and Where the Dead Go.

Three housemates. One dead, one missing and one accused of murder.

Dubbed the Housemate Homicide, it’s a mystery that has baffled Australians for almost a decade.

Melbourne-based journalist Olive Groves worked on the story as a junior reporter and became obsessed by the case. Now, nine years later, the missing housemate turns up dead on a remote property. Olive is once again assigned to the story, this time reluctantly paired with precocious millennial podcaster Cooper Ng.

As Oli and Cooper unearth new facts about the three housemates, a dark web of secrets is uncovered. The revelations catapult Oli back to the death of the first housemate, forcing her to confront past traumas and insecurities that have risen to the surface again.

What really happened between the three housemates that night? Will Oli’s relentless search for the murderer put her new family in danger? And could her suspicion that the truth lies closer to home threaten her happiness and even her sanity?

A riveting, provocative thriller from the bestselling author of The Dark Lake, Into the Night and Where the Dead Go.

2005 – three housemates’ lives are dramatically altered. One dies, one goes missing and the third is accused of murder, and Oli Groves is the journalist writing about the case, investigated by Detective Sergeant Isabelle Yardley – whose initial appearance hints at more involvement later. Ten years later, the case has a renewed interest, Isabelle is dead, and Oli lives with Isabelle’s husband and twin daughters. She’s also catapulted into the world of true crime podcasting with Cooper Ng, whose podcast is aiming to uncover the truth about what happened. Yet as they delve deeper into the case and what happened, Cooper and Oli find themselves uncovering deep, dark secrets that have been buried for a decade.

Oli flashes back between 2015 and 20055, and we see glimpses of the past from the perspectives of various characters who are involved in the case, and the role that Oli’s past with her family, Dean and everyone linked to the case plays in Oli’s life in 2015, and the way the case has played out in the media and the investigation. The Housemate looks at the role the media and the changing landscape of media plays in reporting crimes, and the way we consume media – newspapers, digital, and podcasts in this instance, and how the personalities involved at each step, from those on the ground giving the information to those creating the media can shape what we know and understand. The dark story has several threads that run throughout, shaping the characters and their lives – the lives that are separate from their role in investigating or reporting on the Housemate Homicide.

Oli’s life with Dean and the twins plays a large role in how we understand Oli, and her relationships and the way she works professionally and personally, and the implications of past actions for all involved. It is a thrilling journey for Oli, as she grapples with her past and her family – what happened with her father, her mother’s distance and a strained relationship with her sister, Lily, as well as her crumbling relationship with Dean as suspicions and secrets evolve across the novel and the truth is exposed, leading to Oli uncovering truths and realisations about herself, her family and the case that come to a head in the last few chapters.

The deeply personal aspects to this story were examined as closely as the crime and showed how the case and Oli’s work at times encroached upon and threatened the life she was leading far from her writing life. Oli was an interesting character with layers and secrets. Some things were hinted at, and not explained, but astute readers might be able to work it out, and therefore see and understand Oli in a different way to how we might view her as we see her on the surface. Her motivations show that each story she writes has its own complexities and issues that she needs to work through, and that Oli’s independence is an important part of who she is, where she came from and what she has had to deal with in her life.

This stand-alone from Sarah Bailey was my favourite of hers – I think I enjoyed Oli as a character more than Gemma, and liked the contained world in this book, as well as the pre-COVID setting (2015 seems so far away right now but in reality, it isn’t), as it allowed us to explore a journalistic and media world on the cusp of dramatic change in the channels used to present the news to us. This is a great book for fans of Sarah Bailey and those new to her writing. A great crime story with a different take on the main character looking into the crime. 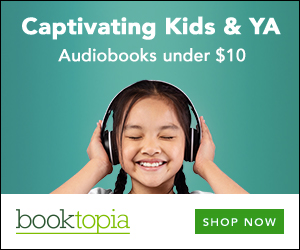 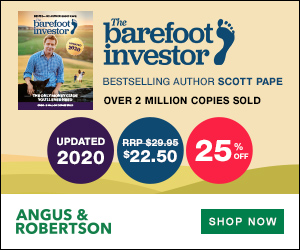 1 thought on “The Housemate by Sarah Bailey”