Synopsis: In Robin Gregory‘s Traffic, Melbourne Private Investigator Sandi Kent has her hopes for an easy December dashed when two complicated cases crash into her lap.

First, she is hired by her volatile ex-girlfriend to rescue a young South Korean woman from an illegal brothel. And then – in a curiously parallel case – she’s engaged by a lawyer friend seeking defence angles for a Colombian immigrant charged with murdering a sex worker.

As Sandi juggles the demands of her clients, she becomes embroiled in the city’s seamy underworld of human trafficking, drugs and murder.

And soon more lives, including her own, are at risk in Traffic.

Sandi Kent’s quiet December is destroyed when her lawyer friend, Maria, asks her to help find a way to defend Colombian immigrant, Ricardo Lopez. Ricardo has been charged with murdering a sex worker, and everything seems to be pointing to a lengthy jail term. At the same time, Sandi’s former girlfriend, Cassy, who works for the Fair Sex Coalition – or so she says – asks for Sandi’s help to get Jae Shin out of an illegal brothel. Sandi is resistant – she knows that Cassy often gets over-involved in everything she does and can feel something isn’t quite right. But is there something more to each of these cases than Cassy and Maria are telling her, and are they somehow connected? Sandi finds herself embroiled in both cases, and an underworld of human trafficking, drugs and murder, where those committing the crimes will do anything to cover up what they are doing, and to make sure that they are never caught.

The first Sandi Kent mystery takes us to a dark place in society, and one that many of us would never think about or realise is happening around us. This dark world is unsettling, and is shown warts and all, and reveals a sense of unease for all involved – the victims and those caught up in the investigation, because there is a sense that nothing can be done, almost as if there are those who want to do something about it, yet they have given up because the people behind the illegal brothels, were the sex workers are treated more like slaves. Whilst it did seem a touch coincidental that both cases involved sex workers, in the end, I feel it worked out well, as it looks as though if Sandi can solve one case, she might be able to solve the other.

Sandi is a little different to the typical private investigator character. She is open, and there are times she finds her head is ruled by her emotions and her desire to please, or at least, cooperate and stay in contact with her ex-girlfriends, especially Cassy – could there be more there in future books, or will Sandi find someone else? This is less of a concern for me as a reader, even though it was a key component in driving the narrative forward – I was eager to see how she solved the case!

I quite liked that Sandi was a lesbian, as it’s not often something we see and the challenges of navigating a love life is something we can all relate to, whatever our sexuality, and it is always interesting to see it through a different lens to what we might be used to in popular culture. This was a deliberate choice by the author and worked well as it allowed for Sandi to be who she was as a lesbian and a detective, showing that stories that have LGBTQIA+ characters don’t need to be about that specifically, but that it is always a part of who they are and can inform so much about their lives and the people they share their lives with, I felt for Sandi, as she grappled with loyalties to the truth, her profession and herself, and the conflicting loyalties to her exes, and the way they seem to take advantage of her, her good nature and sense of loyalty and justice.

This gave a sense of reality to the novel, as we all grapple with these things in a variety of ways, depending on what they are going through in their lives. Sandi’s experience is one of the ways relationships of all kinds can and might function in real life. We’re also well-grounded in the constant seasonal changes of Melbourne. It is fast paced, especially towards the end, where everything seems to come to a head and the action cranks up as the race to sole the crimes and save the day comes to a head, and Sandi finds herself hurtling towards Christmas with her family.

Tensions arise from her strained family relationships with her mother and sister, and  a history of abuse from her father is hinted at – which I was keen to learn more about and see how this shaped Sandi and the career she has chosen. This family relationship was very realistic and I loved the contrast in how her mother accepted her and her sexuality compared to her sister who seemed to want to distance Sandi and their mother from her children – it’d be interesting to learn more about that too.

An intriguing novel that explores themes often ignored, and that brings these to life in an interesting way. 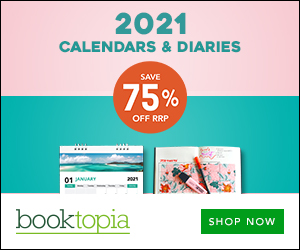 1 thought on “Traffic: A Sandi Kent Mystery by Robin Gregory”