Title: The Holocaust: A Chronicle of History and Hope

Adolf Hitler’s regime has enveloped Europe, and now David, along with all the Jews in the Nazi’s reach, are in danger.
This extraordinary graphic novel traces the story of the rise of Nazism and Hitler’s persecution of the Jews, merging historical imagery and documents with the haunting personal tale of David and his family.
A story of fear, resilience and compassion, and a legacy of love and hope.

When Thomas tells his parents he is studying the Warsaw Ghetto Uprising while at a local café, the owner, David, begins to tell them the story of his life in Poland during the 1930s and 1940s, under Nazism and whilst in the Warsaw Ghetto. We see the world during this time through David’s eyes as he reflects on what happened, and the rise of Hitler, the Nazis and the awful laws, ghettos, camps and loss that the entire Jewish population in an accessible and evocative way – in a graphic novel, that in some places, includes images of documents from the time, with explanations about what they are. We all know the end of the Holocaust, and we all know that David has escaped it because he is telling the story – but what we do not know is what he saw, felt and experienced, and what he had to leave behind when he was separated from his family.

The Holocaust is a harrowing historical event with many experiences. Each person and each nation had a different experience with Nazism and the laws that were enforced upon them, such as the wearing of the yellow star that was used to identify Jews during the harrowing years between 1933 and 1945. This is just one personal story set against the broader historical context that doesn’t shy away from what really happened, and doesn’t shield readers from the darkness of this event.

The graphics are solely in black and white – except for David’s shirt, star and eyes. He stands out because he is telling the story, and taking Thomas through the history, and the images are clear, and precise. They tell the story as well as a story with all text would and evoke many emotions as we see the world around David and those around him, as the Jewish communities are crushed beneath the German need for a pure Aryan race and lebensraum – living room for this master race across the entirety of Europe. A map part of the way through the novel shows how many countries the Nazis took over in this quest across mainland Europe – nearly every country was invaded, with very few left alone, either neutral or fighting against the Nazis.

This is a novel that can be used in history, English, politics and social science classes for all ages, from nine and older when studying the Holocaust and World War Two, as it contains many threads that can be teased out and expanded upon through the simplicity of its words when married with the complexity and depth of the illustrations that combine to tell this story in an accessible way for all readers. It allows reluctant readers to explore story through graphics, especially if visual story telling is easier for them, and confident readers to come to a new understanding and way of reading. Yet for those readers, and readers who find reading text easier or more accessible, it is a good way to practise visual literacy, and learn how to work through story without walls of text. I like a balance and think this one manages to do both very well. It is one of those books that should become required reading in schools, as it can be used for many years across many subjects and topics.

The Holocaust is just one of many genocidal events we should never forget, and that we should never repeat. We should never let something like race or religion or culture, for example, dictate how we treat people. Books like this remind us of that, which is why they are so powerful and necessary. It is also the kind of story that can give us hope that we will stand up for what is right. It allows us to sit and enter someone else’s world for a little while, and to understand the world that people like David lived through, and their experiences that we are lucky to live in the world we live in. However, these stories should serve as a reminder that something like this can happen at any time, and that these attitudes still exist.

This book adds another layer of understanding to the Holocaust, and shows younger readers how Hitler rose to power – and how easily it might happen again if we’re not careful. 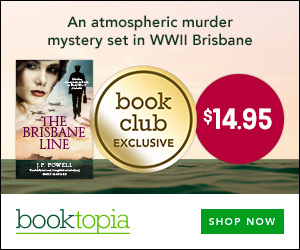 3 thoughts on “The Holocaust: A Chronicle of History and Hope by Hugh Dolan, illustrated by Adrian Barbu”