Synopsis: Shocking real-life stories of murderous women who used rat poison to rid themselves of husbands and other inconvenient family members. For readers of compelling history and true crime, from critically acclaimed, award-winning author Tanya Bretherton.

After World War II, Sydney experienced a crime wave that was chillingly calculated. Discontent mixed with despair, greed with callous disregard. Women who had lost their wartime freedoms headed back into the kitchen with sinister intent and the household poison thallium, normally used to kill rats, was repurposed to kill husbands and other inconvenient family members.

Yvonne Fletcher disposed of two husbands. Caroline Grills cheerfully poisoned her stepmother, a family friend, her brother and his wife. Unlike arsenic or cyanide, thallium is colourless, odourless and tasteless; victims were misdiagnosed as insane malingerers or ill due to other reasons. And once one death was attributed to natural causes, it was all too easy for an aggrieved woman to kill again.

This is the story of a series of murders that struck at the very heart of domestic life. It’s the tale of women who looked for deadly solutions to what they saw as impossible situations. The Husband Poisoner documents the reasons behind the choices these women made – and their terrible outcomes.

World War Two was a time of newfound freedoms for women. With many men serving overseas in Europe and the Pacific, women took up work wherever they could outside the home to support their families, the home front and the war effort. Yet when the men returned home, there was a general consensus that the women would return to their domestic duties. Yet in Sydney, these sentiments were greeted with an insidious crime wave of poisonings with thallium. The Husband Poisoner follows two particular stories – Yvonne Fletcher, who used thallium to kill two husbands, and Caroline Grills, who used it to murder several family members. Their crimes were so innocuous that doctors could not find any reason for the strange illnesses that were plaguing these people, and even sent some of them to hospitals to be treated for mental illness.

So what was going on? How did the detectives involved find out that thallium was the culprit, and in a time when everything wasn’t quite so straightforward, did personal opinion play a role in how part of the investigation was pursued? Tanya Bretherton looks at these two cases and the social history, environment and implications of the post-war era, the role of thallium in the home and the laws surrounding the sale and use of thallium in NSW in particular, with a discussion on its various legal uses and the implications of its common presence in the home.

Instead of a single crime or series of crimes linked to one person, this time, she examines a phenomenon, with a focus on two particular women, though no doubt there were more. Whether the women were caught or were able to evade capture all depended on the evidence found, and how the case against them was proven. This fascinating book explores what the women did, how the people around them reacted, and how the police became involved, and the ensuing investigations. At the end of each chapter, there is a recipe for food – the very food that the women used to deliver the thallium.

These complex cases showed how the dramatic social changes influenced behaviours that informed post-war society. As questions of mental capacity are brought up long before questions of guilt and links are made, the narrative moves between the stories of Yvonne and Caroline, at times looking as though they might intersect, yet there is only one commonality: the use of thallium. Interestingly, the way the thallium was ingested was something that people found confounding. It made it easy to kill, until too many coincidences led detectives to suspect women like Yvonne and Caroline – even people around them were suspicious. This intriguing true crime shows how easy it is to kill and how deftly some killers use poison that can’t be detected easily to kill.

Tanya Bretherton makes the crimes, the investigation, the people, the outcome and the science – early testing for poisons in the fifties, as well as the history and laws, accessible for the general reader. She has used the facts to create a compelling narrative that evokes a sense of time and place and gives insight into a world that we may not have thought about when studying or reading about history.

An intriguing book about events we may not have known about before. 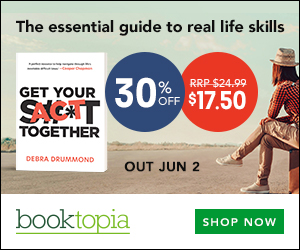