Synopsis: The first adventure in a spellbinding new magical world.

Cordelia comes from a long line of magical milliners, who weave alchemy and enchantment into every hat. In Cordelia’s world, Making – crafting items such as hats, cloaks, watches, boots and gloves from magical ingredients – is a rare and ancient skill, and only a few special Maker families remain.

When Cordelia’s father Prospero and his ship, the Jolly Bonnet, are lost at sea during a mission to collect hat ingredients, Cordelia is determined to find him. But Uncle Tiberius and Aunt Ariadne have no time to help the littlest Hatmaker, for an ancient rivalry between the Maker families is threatening to surface. Worse, someone seems to be using Maker magic to start a war.

It’s up to Cordelia to find out who, and why…

Cordelia’s London is one of magic, where royalty relies on the Maker families to create clothes for specific occasions, like peace talks, and balls, theatre visits and weddings. The makers used to work together – but now, operate separately, and are forbidden from mingling. But that doesn’t stop Cordelia – a hatmaker and Goose – a bootmaker – from being friends.

Cordelia’s father, Prospero, disappears at sea with his ship, The Jolly Bonnet, and France is on the brink of war with England. That is, unless the Peace clothes are delivered for the Peace talks between King Louis and King George. Cordelia’s aunt and uncle are under pressure to make a Peace Hat as part of a Peace Outfit for Princess Georgina as rumblings of war and division begin. Everyone is worried about war between France and England – but nobody sees a war much closer to home coming.

Cordelia and Goose, together with Sam Lightfoot, uncover secrets and a threat to their families amidst thefts and threats. At the same time, Cordelia is determined to prove that her father, Prospero is alive, despite what her uncle and aunt say. This is Cordelia’s adventure – her story, and her journey to becoming a hatmaker, and uncovering dastardly goings on in a magical and fantastical London, where everyone accepts and revels in magical clothes.

At the core of this story is the power of friendship and unity, and family – and what it means when two children are able to see past their familial squabbles to see if they can save the day. Traditionally, the adults in children’s literature are often killed off or sent way do the children can have their adventures. In this enthralling and magical start to this new series, the adults are present – but preoccupied with Making and the Maker feud, which has trickled down to other Maker children, so Goose and Cordelia’s friendship is a secret, and is supposedly guarded by their shared governess, Miss Starebottom (unbeknownst to their families).

This is an exciting story, that is at times familiar, and at times, excitingly new and inventive for an audience aged nine and older. The books coming out at the moment for younger readers are the kind of stories I would have devoured – girls being girls but also able to be brave and do what they want, rather than fitting into a stereotype of what people thought they should do. I loved the idea of magical clothing and wanted to try my hand at Making with Cordelia and Goose and helping them save two countries from an impending war. I could loosely see who the kings were, but at the same time, it is an imagined world that we can relate to and dream of being part of.

I loved that the ships each family owned had names that related to their Maker profession, in a world that is very real yet also very magical. Tamzin’s ability to take what could be real kings an transform them into fantasy world figures is beautifully done, and ensures that history is respected and that the story works so well as the adventures fly across the page. I found myself devouring it at times, yet at other times, going slowly because I didn’t want it to end. The end will lead us into the next book, The Mapmakers, which comes out in 2022 – and I can’t wait to read more about Cordelia’s adventures.

A brilliant book that readers of all ages will enjoy! 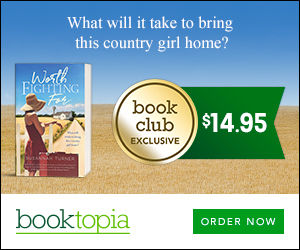 1 thought on “The Hatmakers by Tamzin Merchant”