Title: When the Apricots Bloom

Synopsis: What would you do if the secret police demanded you spy on a friend in order to protect your family? Three women confront the complexities of trust, friendship and motherhood under the rule of a dictator in this debut inspired by the author’s own experiences in Iraq

At night, in Huda’s fragrant garden, a breeze sweeps in from the desert encircling Baghdad, rustling the leaves of her apricot trees and carrying warning of visitors at her gate. Huda, a secretary at the Australian embassy, lives in fear of the secret police, who have ordered her to befriend Ally, the deputy ambassador’s wife. Huda’s former friend Rania, an artist, enjoyed a privileged upbringing as the daughter of a sheikh. Now her family’s wealth is gone, and Rania is battling to keep her child safe and a roof over their heads.

As the women’s lives intersect, their hidden pasts spill into the present. Facing possible betrayal at every turn, all three must trust in a fragile, newfound loyalty, even as they discover how much they are willing to sacrifice to protect their families.

Transporting readers to one of the world’s most legendary cities, with mouth-watering cuisine, incredible history, a surprising art scene and bustling book markets, Gina Wilkinson’s suspenseful debut is told through the eyes of three very different women confronting the limits of friendship and forgiveness, and the strength of a mother’s love.

Iraq, 2002. The country is ruled by a dictator and his family, and Iraqis and diplomats are under constant surveillance from the state secret police. Ally has just arrived with her husband, Thomas, the deputy ambassador. Huda, the secretary at the embassy, has been recruited to spy on Ally and Thomas, and gain intelligence on them, whilst her old friend, Rania, an artist, grapples with keeping her daughter safe.  As Huda spies on Ally reluctantly under her orders to become the young woman’s friend, she longs to find a way to get her son out of Iraq and to safety, so he doesn’t have to join an organisation that means certain death. These three women could not be more different from each other, yet they all have secrets, family and a friendship to protect and sacrifices to make.

Each has a very different background and upbringing, and these details are slowly revealed throughout the novel in delicate and surprising ways, especially as the novel chugs along towards its thrilling and in some ways shocking conclusion. In some ways, some of the events felt inevitable, when taking the time and place this book is set into consideration. It is at times slow moving, but it perhaps needs to be – because it is about secrets and espionage, and sometimes, it takes time for these things to come out and be exposed.

This is a delicately written book, dealing with some heavy issues, and based around Gina’s own experiences as a foreign correspondent and journalist during the years of the harsh regime in Baghdad, and what she witnessed and those she encountered. Using the three very different perspectives – Huda, who must find a way to protect her family whilst working for the secret police, Rania, once a wealthy woman, now scraping by to make a living and protect her daughter in the wake of her husband’s death before her child was born, and Ally – who has her own secrets that she wants to uncover. Ally’s looking for someone who knew her mother – but will that put Ally Huda and Rania in more danger?

Gina Wilkinson’s novel makes Baghdad as much of a character as Huda, Rania and Ally, with its sights, smells and sounds, and that sense of ongoing threats and darkness in their lives flowing off the page. It is a compelling story that captures a time and place, through the eyes of specific characters and the ways they experienced the regime and the threats they were all living under.

This novel is one that presents ideas of what would you do when things seem hopeless, and how would you react to certain situations? It proves that everyone is full of complexities and secrets, and also shows that human loyalty, friendship and family are more powerful than following stringent, dictatorial laws – and sometimes, you have to do something drastic to survive. 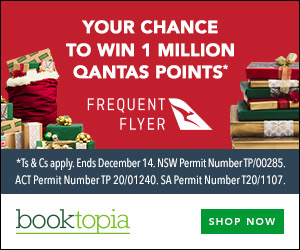 2 thoughts on “When the Apricots Bloom by Gina Wilkinson”