Synopsis: From the award-winning author of Nona & Me comes a stunning new novel about two teenagers separated by cultural differences, their parents’ expectations and twenty kilometres of barbed-wire fence.

Is it possible for two very different teenagers to fall in love despite high barbed-wire fences and a political wilderness between them?

Anahita is passionate, curious and determined. She is also an Iranian asylum seeker who is only allowed out of detention to attend school. On weekdays, during school hours, she can be a ‘regular Australian girl’.

Jono needs the distraction of an infatuation. In the past year his mum has walked out, he’s been dumped and his sister has moved away. Lost and depressed, Jono feels as if he’s been left behind with his Vietnamese single father, Kenny.

Kenny is struggling to work out the rules in his new job; he recently started work as a guard at the Wickham Point Detention Centre. He tells Anahita to look out for Jono at school, but quickly comes to regret this, spiraling into suspicion and mistrust. Who is this girl, really? What is her story? Is she a genuine refugee or a queue jumper? As Jono and Anahita grow closer, Kenny starts snooping behind the scenes …

Awards for Between Us

Anahita and Jono are different in many ways – where they grew up, their race, their language, their families and their cultural background. Yet … both are adrift, caught in a strange limbo in their lives. Ana is a refugee from Iran, allowed to leave e detention centre for school. Jono is struggling after his mother has left, and with the conflict his dad faces between home and his job at the detention centre. The political issues surrounding refugees and detention swirl throughout this novel, and the divide between who is legitimate, who isn’t, and the stark contrast between Vietnamese refugee experience, and the current situation. Jono’s aunt was helped and accepted – whereas Anahita is condemned. Jono wants to help her, but will his friendship and offers to help and care put her refugee status, and that of her family, in danger?

Clare Atkins has created a unique, powerful and timely story in consultation with refugees, refugee organisations, members of the affected and represented communities, and careful, intricate research. Using three characters and moving between verse and prose for each character. Anahita and Jono slowly change, from sparse to detailed chapters for Jono, and detailed to sparse for Anahita. This evokes a powerful sense of who these characters are, and where they are going in their lives.

Detainment of refugees is a fraught topic, and one that has been on the books in Australia for many years. Clare’s book navigates that space between the refugee experience and the stories we are fed by the media and what those who work within the system are told, have to do and the sense that if they try hard to help genuine refugees, things may not end well. It is a story that strives to show the harshness of life and doesn’t shy away from the realities of the Iran that Anahita and her family fled from. What makes this story compelling is that the readers this is targeted at have lived through and are still living through the current refugee crisis. We see this in the news, on social media. It is something that many people have seen throughout their lives but that has also evolved over the years.

Perhaps what is most stark is how Kenny, Jono’s dad, and Jono’s Aunt Minh, see the status of Anahita and the other refugees in Whickham Point. Kenny is driven by obeying the rules of his job and distancing himself from the plight of those he is guarding. This is in direct contrast and conflict with his family’s experience as refugees, and his son’s conflict of identity and where he fits in the world. Each character is grappling with identity and where they fit in, which is a powerful and relatable theme for all people. We all have these struggles and Clare’s novel shows that nobody is exempt, and our identity struggles are both common and diversely unique to who we are, where we come from and where we live.

This captivating and heartfelt book tugs at the heartstrings, taking us on an emotional rollercoaster of hope and despair, hoping that everything works out for these characters. Just as life isn’t perfect in reality, the lives of Anahita, Jono and Kenny are not perfect. They are flawed, and their experiences are reflective of all kinds of issues and conflicts we have, just with a few added obstacles  relevant to the characters.

Stories like this are important because they allow people who might have been fed a certain narrative by the media to explore what it is like in one of these detention centres through the eyes of a detainee, a guard and the guard’s son. It touches on the friction of genuine refugees versus queue jumpers, and the role that his narrative has played in sorting out what happens to refugees when they arrive in Australia.

It is a novel that I read within two days – I had to find out what happened, and the shorter bursts at times feel like things fly by, but they are cleverly and intricately interlinked and related as things come to a crashing end, where we find out how lives are changed – for better or worse, and what it means to drift apart and feel as though your life is in limbo, a feeling that is interspersed throughout the novel, making it a special kind of novel that everyone should read. 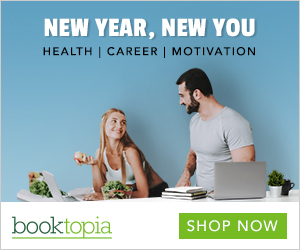 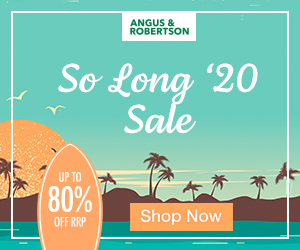 1 thought on “Between Us by Clare Atkins”