Synopsis: A powerful novel about three young women caught in the battles of their own times.

After the success of Hexenhaus, Nikki McWatters is back with a high-energy companion novel that draws on the ideals of sisterhood, loyalty and courage.

In 1472, Jeanne’s father arranges her marriage to a French lieutenant against her wishes. As armed forces threaten her beloved home, Jeanne risks all to rally the city’s women in the fight of their lives.

In 1797, unbeknownst to their father, feisty and brave Betsy, her brother and their best friend secretly join the rebel army, hoping to liberate Ireland from the tyrannical yoke of English rule.

In 1960’s Australia, country-girl Fiona desperately wants to fit in at university and joins the anti-Vietnam protest movement, despite her family’s objections. When a friend is conscripted, Fiona’s beliefs are challenged even further.

A fast-paced historical adventure and empowering feminist novel, Liberty’s great strength lies in the authenticity and grit of its characters.

The stories of three more women in a long line of women who fight for liberty, justice, and equality – and whose strength in keeping their sisters, mothers, daughters, and female line safe from ancient times, and all through history as witches, freedom fighters, rebels, and everything in between that the patriarchy and society tries to stamp out of these eager young women willing to stand up for what they believe in. From Jeanne in 1472 France, fighting against a threat against their home, to Betsy Gray in 1797, fighting for Irish freedom, and in 1968, Fiona, a girl from the country, heads to the city for uni and becomes involved in the anti-conscription and anti-Vietnam War protests.

Following on from Hexenhaus, we see three more women linked by the Systir Saga, and all are related – we come to understand how the women in the present are linked through this story, and again see how these women stand up for what they believe in, even when society is against them. Throughout the series, the role of women is reflected and explored in each time period, with real life and fictional characters who tie every aspect of feminism and activism represented in these books together. It shows the influence of women, and how little we know about women in history, so Nikki has had to work with whatever she has been able to find, as she notes that the women whose stories she explored were largely ignored in historical documents and left out in many cases as well – which reflects a larger issue of who writes history, because it is those who write it who decide which people and events are included.

As Nikki notes, Jeanne and Betsy lived in times when it was mainly men who wrote and made history, and women were only mentioned briefly, if at all. It is this aspect of recording history that I feel drives these books. In giving these women and their descendants and ancestors a voice, Nikki is lifting women’s history up, and showing that it is just as varied and just as important. She’s shown that not all women were content to sit at home raising babies as history might have us believe, but stood up and fought for their country, their freedom, their beliefs, and their liberty. I’ve had this series on my shelf for years and am finally getting to it and can’t wait to read Saga and see everything wrapped up.

Books and series like this that highlight women and their roles in history are important. It makes history richer for all of us, and corrects the record that women did nothing in history. Women did more than tend the hearth, and have babies, or have their feet bound. They stood up for families, they were healers, and as a result of healing, were at one point in history across the world, burnt as witches because they had knowledge – knowledge that helped people and as a result was feared by those in power. Each woman in these stories has a different fate, and even when they die, we get to see their story wrap up tragically, yet these women fight until the bitter end. So far, none have given up on what they believe in. And to me that is an equally powerful message: fight in the face of adversity and discrimination. Let the people who want to stamp you down see that you won’t give up. We have a long way to go, but one day, we will get there. 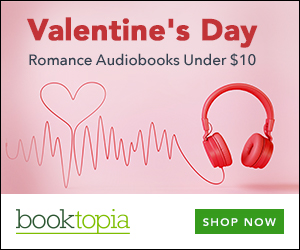 2 thoughts on “Liberty by Nikki McWatters”