Synopsis: Inspired by the real-life heroine who smuggled thousands of Jewish children to safety during WWII, the powerful new novel by the New York Times bestselling author

In the spring of 1942, young Elzbieta Rabinek is aware of the swiftly growing discord just beyond the courtyard of her comfortable Warsaw home. But she has no idea what goes on behind the walls of the Jewish Ghetto nearby until she makes a discovery that propels her into a dangerous world of deception and heroism.

Elzbieta comes face to face with the plight of the Gorka family who must give up their newborn daughter – or watch her starve. For Roman Gorka, this final injustice stirs in him a rebellion not even his newfound love for Elzbieta can suppress. His recklessness puts their families in harm’s way until one violent act threatens to destroy their chance at freedom forever.

Kelly Rimmer, bestselling Australian author of Truths I Never Told You and The Things We Cannot Say, has penned her most meticulously researched and emotionally compelling novel to date.

Elzbieta Rabinek and Roman Gorka live vastly different lives in Warsaw of 1942. Roman, a Jewish boy, lives with his mother, stepfather and siblings in the Warsaw Ghetto with all the other Jews as Poland is controlled by the Nazis. Elzbieta lives with her adoptive parents, Truda and Matuesz and Uncle Piotr, in hiding and under a new identity. She’s forbidden from leaving the flat, only venturing out to visit their neighbour, Sara, who teaches her about medicine in the absence of school. One night, Elzbieta finds pit that Sara is smuggling Jewish children out of the ghetto to safety – as many as she can to save them from the encroaching, traumatic fate that awaits them at camps like Treblinka. Elzbieta soon becomes involved, entering the ghetto to help prepare the children. Here, she meets Roman Gorka, who is part of the resistance within the ghetto against the Nazis, and is determined to save his siblings, Dawidek and Eleonora from the fate that awaits so many across Europe.

As the war progresses, the Nazi regime threatens the very humanity of Sara and Elzbieta, and eventually, their work must come to an end – and there are many whose fate will be left to the German invading forces. Elzbieta’s world becomes smaller as the war progresses, and soon, everything changes for Elzbieta and Roman, and the scars of the war will never leave them.

World War Two stories, especially ones that are centred around Poland and the Warsaw Ghetto. Each one touches on the Ghetto Uprising and the uprisings at the end of the war that saw a citizen army clashing with the Russian Communists and explores the ongoing and changing threats over the five years the novel takes place, and the human spirit and its ability to fight against the darkness that surrounds them, and the lengths people go to during war – to save others, to keep safe, and the sacrifices that are made by everyone.

This is one of those books that is a compelling read and gets under your skin. It doesn’t leave you at all and captures the horrors and the fears so eloquently and emotively. There is an ongoing sense of fear – you know that something isn’t going to end well, or that something awful is going to happen. But you’re never sure what or when, and the quiet, contemplative moments are almost deceptive – they make things feel sort of okay – not really okay but they give you hope that the worst is over – that nothing else so awful can happen. Yet the bad things do come, and they seem to come when you least expect it, even though Kelly has carefully foreshadowed some of these things in ways that seem like the event could end differently.

This eloquent and touching story peels back more layers of a fraught and emotive topic that is oft explored. Each book seems to highlight something new, or a new way of telling the story, which enriches the knowledge. I also wonder why we are so fascinated with the Polish experience – there are so many to explore, and I have read some books that have done this, yet the more I see Poland in books, the more I wonder why Poland is such a fascination. I found this to be a powerfully written book, filled with hope and humanity during a truly testing time for the world. Another great book about World War Two. 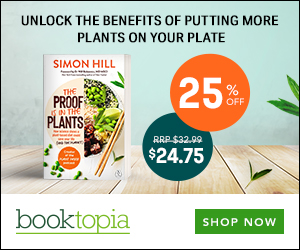 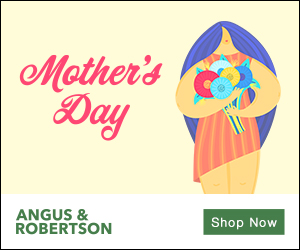 3 thoughts on “The Warsaw Orphan by Kelly Rimmer”