In 1914, Tom Stott falls in love with Gracie O’Donnell, but their love is thwarted by circumstance and war. Tom finds himself part of the blood-soaked landings at Gallipoli, while Gracie marries another. A deception, born in a place and time on the brink of war, traverses the world as successive generations seek freedom in a century of change.

It isn’t until American teen Noah Clifford joins his mother Deborah, his grandfather Will and his great-grandmother Gracie in Australia that the secrets of the past are revealed, secrets that will take them back to the beaches of Gallipoli . . .

From multi award winning author, Richard Yaxley, comes a story of connectedness, family and the power of truth.

Winner of the Prime Minister’s Literary Award in 2018 for This is my Song Richard Yaxley has returned with a new novel about family secrets that stretch back to World War Two, and into what felt like the late eighties/early nineties, or even the mid-eighties. Starting with the onset of war, a young couple in love and a family at odds across eighty years, and three countries. From the outback and farm life of Australia, to Ireland, America, and back to Australia, the role of family and conflict take centre stage in Harmony, as several generations try to find ways to connect – such as mothers and daughters who view the world very differently, and husbands and wives ripped apart by the different things they want. From the beaches of Gallipoli, where the Anzac legend was born, to California, the story of Tom Stott, Gracie O’Donnell, and Will, Deborah and Noah Clifford. The book is divided into six parts – one for each generation, it seems, or each key person and the crucial times in their lives that defined the paths they would head down and lead them to the conclusion we see in the novel.

World War One, where we last see Tom head off too, has its whispers across the years. He may not be named but there is the sense that the seemingly disconnected and unrelated events of each vignette and section is somehow connected. They at first seem unrelated, as if they are their own entity yet as you read, it becomes clear that they are connected, if at first it seems only tangentially through the characters.

Yaxley’s novel, aimed at readers aged twelve and over, is probably geared towards confident readers, as there are times when things are hinted at, and foreshadowed, rather than said outright – the reader must read between the lines to gain an understanding of what is going on. The history of the twentieth century – two world wars, the moon landing – acts as a backdrop to orientate the reader and give them a rough timeline to work with. The core of the story is about the characters and the family, and the pulling apart, and them coming back together, and the different reasons people leave.

As the family spreads out across the world, it felt as though Gallipoli and Tom faded, until something in the later sections pulled them back, and brought Tom and his name and fate back into the fold, with a touching scene towards the end with Noah and his friend, Emily, that cements the significance of Gallipoli and World War One for the reader and shows the intergenerational impact of these sorts of events, and the need for family to eventually come together again and reunite.

At its heart, this book is also about secrets – and everyone has their own secrets, their own agenda for what they want out of life. As conflicts of interest change the way people approach life, this is one of those novels that shows everything is not always perfect nor always what we want out of life. The power of truth is a key theme, and its bubbling, and ebbing and flowing nature will eventually reveal secrets that at first, you’re not sure about. Yet the subtle hints allow readers to either piece together what is to come, yet also, allows for a surprise that some may have never saw coming. The style it used to do this reminded me a little of Jacob’s Room by Virginia Woolf, using the feeling of something vague yet also cement that gives this book a sense of place, time and self that lifts this book into a realm of familiarity and difference, and exploration of family, self, truth and secrets.

A touching story that will move readers, and will suit confident readers aged twelve and over. 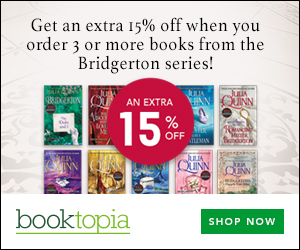 1 thought on “Harmony by Richard Yaxley”