Synopsis: How do you keep your head in the game when someone wants you gone? When those dearest to you are far away and the future is so uncertain . . .

Kensy and Max are back in London for no time at all before things begin to heat up – quite literally. As a result, Granny Cordelia ships them off to Australia on an undercover mission. The twins find themselves planted in a posh Sydney school where first appearances prove to be deceiving.

What seems like a straightforward assignment turns into something so much bigger. Kensy and Max must employ all their spy skills – the fate of their parents, and who they’ve been searching for, depends on it.

When Kensy and Max’s London home is destroyed, their grandmother, and the head of spy agency, Pharos, sends them off to Sydney on an undercover mission. Here, they must befriend Ellery and Donovan Chalmers, and find out what their parents are up to and why. To do so, they will attend the same school, where they also become friends with wannabe spy, Curtis, who is their neighbour, join the choir, and Max becomes a cricket whiz. But in the midst of their success at school, they are worried about their parents, and where they are. The people their parents are looking for are somehow connected to what Kensy and Max are looking into, and it will be up to the intrepid twins and Curtis to find out.

Since the first time I picked up a Kensy and Max book, I have loved them. They are perfect for anyone to read, and it is the kind of series that I wish I had had as a kid, because Kensy and Max are not typical kids, and not typical of what we expect a boy and a girl to be – they are unique and filled with faults, and this is why they are great characters. Because they are allowed to be who they are and make mistakes. Also, being able to travel the world so much is pretty cool, and training to be a spy is a childhood dream of many kids that is captured by Curtis in this novel, and his determination to solve the mysterious goings on around him – and maybe he will be one of the best assets Kensy and Max have ever had.

As Kensy, Max, Fitz and Song investigate the Chalmers, hints are dropped about Annabel and Edward through, and Annabel’s parents – will Kensy and Max finally be reunited with their parents, and find out what really happened to Annabel’s parents? It is this mystery that has driven the first three books, and I did cheer at the end of this book, and look forward to the next book and where we go with Kensy and Max. It is a fantastic series and I really hope Curtis shows up again – he’s awesome and I loved his friendship with Kensy – he’d fit right in at Pharos, I think.

At first, the twins think their mission is simple: find out what Tinsley Chalmers is up to. Yet things get more complicated, and the chapters that feature characters other than Kensy and Max cleverly reveal secrets slowly and lead up to a conclusion that I never saw coming. We soon learn who the twins need to look at more closely, though. The mystery and all its elements are written so well and work together to create a mystery that even our adorable twins have no idea they’re going to uncover. But when they do, will it be one they wish they had, or one that is best kept secret?

With twists, turns and secrets, this series is an excellent spy series – it’s spy kids, and I love it. I’m also enjoying learning about ciphers as I go, and ways spies communicate. It’s the kind of series kids and anyone rally, can read and enjoy thoroughly. 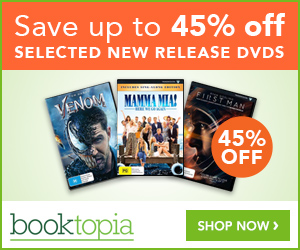 2 thoughts on “Kensy and Max: Undercover by Jacqueline Harvey”