Synopsis: A new historical novel from Anna Ciddor, in the same beautiful, classic storytelling tradition as The Family With Two Front Doors.

When Anna sets out to find the doll of her dreams, her two younger sisters are eager to help. But it’s not easy. This is 1960s Australia and there’s no computer or internet yet. This is a time when teachers still write with chalk, cars have no seatbelts, and Mr Whippy sells ice-cream cones for half a penny.

Anna and her sisters fill their days with fun, mischief and adventure – like the time Anna glues a block of wood to her middle sister’s foot, then worries it will be stuck there forever! They celebrate birthdays and Passover together, cope with friends being mean, and feed peanuts to the bears at the zoo.

But through it all, Anna never loses sight of her dream.

Inspired by the author’s real childhood, this is a warm, funny and fascinating family story from the author of The Family with Two Front Doors.

Anna loves dolls, but she longs for a special doll, an antique doll that stands out from her others after reading a book called Hitty, about a doll unlike any of the ones she has in her own collection. But Anna’s life is also filled with school, friends and family traditions brought over from Europe. Anna’s family is Jewish, and traditions are important to them, though Anna and her cousins and siblings don’t always understand. It is woven through easily, as Anna continues her search for the perfect doll. Set in the 1960s, during a time of no Internet and no computer, and cheap ice creams. It is a time when seatbelts don’t exist, and teachers still write in chalk.

It is a simpler world, at least for Anna, as we see everything through her eyes. The world of a child, who doesn’t see that ice cream will melt, who doesn’t always understand how important family traditions are, but still knows to respect them, and who also has the desires of a young girl of her time and keeps wishing it will happen. Threaded throughout, is Anna’s quest for a doll as she visits the auction house week after week with her mother and sisters, looking for the perfect doll.

Based on author Anna Ciddor’s own life, 52 Mondays looks at a post-war Australia through the eyes of the child and takes away the complexities of adult life. It is a charming story about childhood, and the desires and mistakes made in childhood, such as putting an ice cream in your bag, not knowing it would melt, and finding that one thing that you want more than anything in the world.

This was a very enjoyable book, and even though the story seemed simple and straightforward, there were aspects of it that hinted at more happening behind the scenes of Anna’s life. I liked the realism of Anna’s life: school, family, friends and illness as she searched and searched for her doll. Throughout the book, her goal is to get the doll, but there are always things in her day to day life that take her away from her search, and instances where she doesn’t think about the doll at all, or so it seems. It allows the children to be children, and shows a 1960s Melbourne through the eyes of a child, in a way that this generation may not have experienced before and shows them a world they may only have heard about from older family members.

In the few instances where the family’s Jewish heritage is touched on, I heard the echoes of the 1930s and 1940s, though it wasn’t clear when Anna’s family started living in Australia, the shadows of those decades felt like they were there in some way. It doesn’t directly reference this, but it is possible that the family made their way to Australia before things got bad. As this is seen through Anna’s eyes, we’re not privy to the family history, though now i want to go back and read Anna’s other book, The Family with Two Front Doors to see how the family ended up in Australia.

It is a period of history not often touched on, perhaps because even though it was a time of change – in the 1960s, Australia changed from imperial to metric, and pounds to decimal currency, and there were many other social changes, and in the later 1960s, the Vietnam War. Often, it is the key instances in history that are touched on: the wars, the Depression, and other key moments in Australian history such as the Anzacs. So it was nice to read about a quieter period of time seen through the eyes of a child and her family, and what the world is like to them.  It shows a post-war Australia, a relaxed sort of story, where there are no threats mentioned. It is the story of a childhood and the things that Anna enjoyed and the mischief she got up to with her sisters. 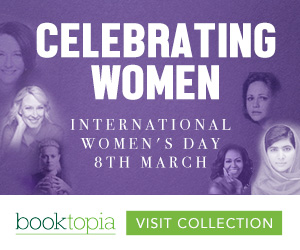 3 thoughts on “52 Mondays by Anna Ciddor”