“We all have to do our part if we’re to survive the coming storm.”

Alexandra Jennings might be the hero of The Medoran Chronicles, but she would be lost without her three closest friends. They are her heroes, and like all heroes, they each have their own story.

Meet the real D.C. in Crowns and Curses and discover how she becomes the princess Alex once despised but now adores.

Follow Jordan on his healing journey in Scars and Silence as he struggles in the wake of being rescued from his living nightmare.

Walk beside Bear in Hearts and Headstones as he faces an unspeakable trauma while helping his world prepare for the coming war.

D.C., Jordan and Bear are the heroes of their own stories.

It is time for their stories to be told.

Alex has her story told in Akarnae, Raelia, Draekora, Graevale and next year, it will conclude in Vardaesia. In each book, the presence of her three best friends, Dix (D.C., or Delucia Cavelle, the princess of Medora), Bear and Jordan remain throughout, steadfast and important to her journey, even when she’s had to hold things back from them. Now, it’s their turn for their stories to be told. drawing on events from the previous four books, and Dix’s childhood before she entered the academy to bring their characters into their own stories in their own right, and the recollection of certain events from the first four books from their perspectives. So it’s crucial that if you want to read this one, you must have read the first four books – which are all very good, and filled with brilliant humour and friendship.

The first novella, Crowns and Curses, is D.C.’s story, starting when she is thirteen years old, and still living at the palace – she’s friendly with Jeera, who is training to be a warden, and knows Kaiden and Declan, but the rest of the children have believed the stories the son of a diplomat, Maxton has told about her. And it is here that we learn why she doesn’t trust people at Medora initially and learn why she has her own room, why Jordan and Bear aren’t her friends, and what she had hoped for when she awoke to Alex in her dorm room in Akarnae, and lastly, how the three became friends. Through the events in this book, and D.C.’s interactions with Maxton and her initial interactions with Jordan and Bear, and the rest of the students, we learn why she has found it hard to make friends – and share her joy in finally finding people she can count on in her life away from the confines of her royal life.

Reading D.C.’s story is powerful and moving, and where once, at the beginning of Akarnae, readers may not have liked her much or been unsure about her, she is a character we have all come to love and appreciate for her fierce loyalty to her friends. Even though parts of Dix’s story are sad, and lonely, the princess that fans have come to love is still there, and there were times pre-Akarnae when all I wanted to do was hug her – this story brings much more to Dix’s character than we first find out about, and I really enjoyed reading this one, because understanding why D.C. acted as she did is important to understanding her and her journey and how bullying and deception has affected her in the past, and how she has no desire to relive that. With Alex, she sees a chance to make a new friend, someone who has no idea who she is and who comes from another world – Freya as our world is called in Medora. When this is shattered, I felt for her deeply and cheered when she finally became friends with Alex, Jordan and Bear. I also appreciated the sneaky little nod to Harry Potter early on in Dix’s story, which has a happy ending, or at least, as happy as these endings will get.

The second novella takes place around the events of Raelia and Draekora, where Jordan is under Aven’s control, and what happens after. Scars and Silence is Jordan’s story of overcoming the control Aven once had over him, and of dealing with the death of his older brother years before the start of Akarnae, and the struggles with his own mental health as a result. But he’s not alone – Dix sits up with him every night, Bear and Alex are always ready to talk, and help will also come from a source Jordan – and I will say me too – never anticipated. This new-found ally and confidante will help Jordan just as much as his friends do. Like many people, Jordan masks his pain, and struggles to reach out – until his friends, and especially Dix, let him know they are there. This is powerful because it lets readers know they are not alone either and that it is okay to ask for help.

Jordan’s story is heartbreaking, and filled with tension as he yearns to separate himself from his family and their rigid expectations that they had for him, and for his brother – expectations that weight heavily on Jordan and led to events that changed Jordan forever that have deeply affected him, and perhaps, give an understanding of why Jordan presented the way he did initially, until he let Bear, Alex and Dix in and trusted them. This is a story that shows again that we are all vulnerable, human but also that we have the strength to overcome hard times, and that whilst the pain may not completely go away and there will always be scars, silence doesn’t always help – I enjoyed gaining more insight into Jordan, because it helped understand the person he was in the first four books, and gave an insight into where he will be going in Vardaesia next year. Jordan’s story gives a little hope that things will be okay, and that whatever happens, he knows Dix and his friends will always have his back, which is an extremely powerful and important message to send.

Finally, there is Bear’s story in Hearts and Headstones – a dark hint at what is to come, though if you’ve been following the series, you’ll know what is to come – those four words – “Graevale is under attack,” – and the subsequent battle and gut-wrenching, heart-destroying finale – except this time, we see it all unfold through Bear’s eyes. Most of the events of Bear’s story are taken from Graevale, and what happened to him during the meetings with the other races and communities of Medora as Alex tries to get them onside before Aven can attack. It is with the arrival of the four words – Graevale is under attack– that the heart-pounding events begin, and even knowing what was to come, who our heroes were going to lose – was shocking.

Ending with the inevitable cliffhanger that will take us into Vardaesia, We Three Heroes is a great addition to the series, exploring the effects of the events on characters other than Alex, but in a way that fits in with her story, and shows the loyalty these four friends have towards each other. Each novella explores a different demon and tragedy for each of Alex’s friends, and this insight into them has been an interesting and emotional journey for both character and reader – despite the shocks and gut punches, it is still one of my favourite series, and I know there will be more but that’s what makes it powerful: knowing bad stuff will happen but also knowing there are heroes willing to go out and stop Aven from achieving his goal. Each story and its inevitable conclusion are like a punch to the guts, reminding us that we are human, as are the characters we love, and that I will come back to again and again. This is the series that got me blogging seriously as a reviewer – I now have lots to catch up on and get many books now – so thank you to Pantera Press and Lynette Noni for getting me into my blog on a bigger scale. This series will always be special to me for that reason. I look forward to the release of Vardaesia next year. 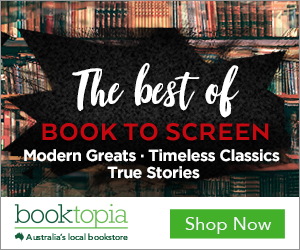 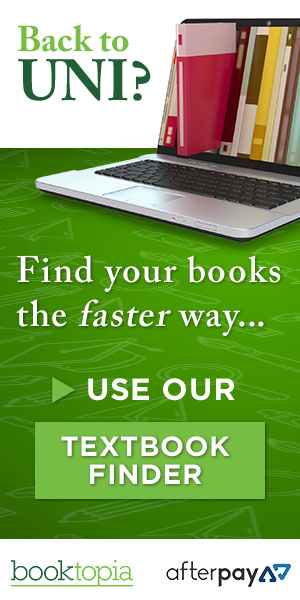 6 thoughts on “We Three Heroes (Medoran Chronicles) by Lynette Noni”