Synopsis:Kate Morton’s highly acclaimed novels have sold over 11 million copies worldwide and are number one bestsellers around the world.

‘A truly hypnotic tale that is bound to please both fans and newcomers, The Clockmaker’s Daughter is another wonderful read from one of Australia’s most beloved authors.’ – Booktopia

‘Morton explores the tangled history of people and place in her outstanding, bittersweet sixth novel.’ – US Publisher’s Weekly

My real name, no one remembers.
The truth about that summer, no one else knows.

In the summer of 1862, a group of young artists led by the passionate and talented Edward Radcliffe descends upon Birchwood Manor on the banks of the Upper Thames. Their plan: to spend a secluded summer month in a haze of inspiration and creativity. But by the time their stay is over, one woman has been shot dead while another has disappeared; a priceless heirloom is missing; and Edward Radcliffe’s life is in ruins.

Over one hundred and fifty years later, Elodie Winslow, a young archivist in London, uncovers a leather satchel containing two seemingly unrelated items: a sepia photograph of an arresting-looking woman in Victorian clothing, and an artist’s sketchbook containing the drawing of a twin-gabled house on the bend of a river.

Why does Birchwood Manor feel so familiar to Elodie? And who is the beautiful woman in the photograph? Will she ever give up her secrets?

Told by multiple voices across time, The Clockmaker’s Daughter is a story of murder, mystery and thievery, of art, love and loss. And flowing through its pages like a river is the voice of a woman who stands outside time, whose name has been forgotten by history, but who has watched it all unfold: Birdie Bell, the clockmaker’s daughter.

Opening with an unnamed voice, reflecting on a distant past, there is an element of mystery and intrigue that crosses time and space, and envelopes several people into the mystery, all of whom have some kind of connection to Birchwood Manor. The story moves between the 1860s parallel to the Pre-Raphaelites, into World War One and Two, and 2017 and various years in between as Elodie, Ada, Lucy and other narrators with a link to Birchwood Manor tell their part of the story as the Clockmaker’s Daughter, Birdie Bell, narrates in interspersed sections that flow with the narration of the other characters as she bears witness to the years from 1862 to 2017, as people come in and out of Birchwood Manor, uncovering the past, attending school and unfurling the history that drew Elodie, and her mother, to the house that inspired a family story Elodie has never forgotten.

Each narrator tells their story, though the house, Birchwood Manor, and Birdie are the stars. Elodie’s story is woven throughout, and the ending to her story is hinted at quite cleverly. Not all stories are wound up as neatly as Birdie’s – as neatly as can be, given the plot, or Lucy’s, or indeed I suppose Elodie’s, where we find out little bits about the end or presumed ending to these stories, but I think this works and adds to the mystery and what the manor bore witness to over the years and decades. This adds to the mystery, and develops the history of the house in a unique ay, where all its secrets are not revealed at once, but gradually, each clue leading to another as the novel progresses.

As each time period is woven in and out of Birdie’s story, the four or five different stories are seen through Birdie’s eyes, and the other characters, each living their own story, contributing to the mystery and intrigue, and history of the house, leaving it with an ongoing sense of self and mystery as Birdie’s spirit lingers within the walls and grounds.

The sense of mystery, the various stories that trailed off once the connections had been made at first feel strange but then fall into place when I realised the star of the novel was truly the manor, and Birdie’s connection to the manor – a connection that slowly became clear as the novel went on, invoking a mystery that was unforeseen at first, and very intriguing.

Where Kate’s previous novels have been focussed very much on the mystery of people, and identity, here she has intersected people and place, and woven it across a span of over 150 years to create a mystery that is seemingly never solved completely solved, yet at the same time, there is a sense that someone knows what happened – is it Elodie, Lucy, Ada or one of the many other people with a link to the manor who discovers the secret that manor is hiding?

The intricacies and complexities of this novel are what make it work, and that allow the wispy strands of some plotlines to float away yet still have a feeling of completion in relation to Birchwood Manor. A stunning read that I really enjoyed. 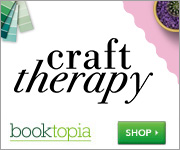 5 thoughts on “The Clockmaker’s Daughter by Kate Morton”