Fiona Hazard, the Publishing Director of Hachette Australia, has announced the Australia-New Zealand acquisition rights to a new novel by Hannah Richell, The Peacock Summer, in a joint deal with Orion, UK. It is the first novel to be released by Hannah since the publication of her first two novels, Secrets of the Tides (2012), one of the highest selling books on the Nielsen Book Scan that year, and picked for the Richard and Judy Book Club, and the Waterstones Book Club in the UK. Secrets of the Tides was shortlisted in Australia for the Australian Independent Bookseller Award (ABIA) for best Debut Fiction and ABIA General Fiction Book of the Year in 2013, the same year her second novel, The Shadow Year was published to similar acclaim.

Taking a break after the death of her husband, Matt, for whose honour and memory the Richell Award is named, she has slowly come back to The Peacock Summer, to simultaneously released in Australia, New Zealand and the UK in July 2018, with translation rights sold in Germany, France and Sweden, with more to follow.

Here is another book to look out for to complete the Australian Women Writer’s Challenge this year. 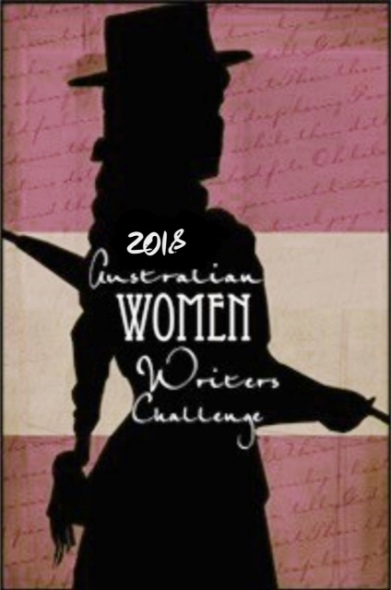 The Peacock Summer will be published in Australia and New Zealand by Hachette publisher Vanessa Radnidge, who says: ‘This is a deeply moving novel about family secrets and the damage that can carry down through generations. It is heartbreakingly good and utterly captivating as it explores themes of love, control, duty and the redemption and hope that comes from forgiveness. With this novel, Hannah Richell further proves her outstanding talent.’

TWO SUMMERS, DECADES APART. TWO WOMEN WHOSE LIVES ARE FOREVER ENTWINED. AND A HOUSE THAT HOLDS THE SECRETS THAT COULD FREE THEM BOTH.

At twenty-six, Lillian feels ancient and exhausted. Her marriage to Charles Oberon has not turned out the way she thought it would. To her it seems she is just another beautiful object captured within the walls of Cloudesley, her husband’s Chilterns manor house. But, with a young stepson and a sister to care for, Lillian accepts there is no way out for her. Then Charles makes an arrangement with an enigmatic artist visiting their home and her world is turned on its head.

Maggie Oberon ran from the hurt and resentment she caused. Half a world away, in Australia, it was easier to forget, to pretend she didn’t care. But when her grandmother, Lillian, falls ill she must head back to Cloudesley. Forced to face her past, she will learn that all she thought was real, all that she held so close, was never as it seemed.

An utterly compelling story of secrets, betrayals and the consequences of a long- ago summer.