Synopsis: Set in Poland on the eve of the Second World War, Secrets My Father Kept is the gripping story of a young woman determined to uncover the truth behind her mother’s disappearance and the dark secret from her father’s past.

Secrets My Father Kept is a captivating novel about love, sacrifice, secrets and resilience, as the clock inexorably ticks down to a devastating world war.

It’s February 1939. As the Führer edges towards an invasion of Poland, total war looms in Europe.

However in Krakow, seventeen-year-old Marie Karska’s primary concern is the unexplained disappearance of her mother fifteen years ago, and her father Dominik’s unbreakable silence on the matter. Even his wife’s name is a secret he guards closely.

Dominik, a well-respected and innovative doctor at the local hospital, has devoted his life to caring for his only daughter. Yet a black fear haunts him – over the questionable act he committed to keep Marie safe. And with German troops now marching to the border, he needs to find her a husband. One who will protect her when he no longer can…

But Marie has already met the man she wants to marry: her childhood friend Ben. She’s determined that his Jewish faith won’t stand in the way of their future together. And nor will her father’s refusal to explain the past stop her from unpicking his darkest secret. . .

Marie Karska has spent the past sixteen years living in Krakow with her father, Dominik, a doctor. Yet despite their devotion to each other, Dominik is hiding many secrets from Marie about his past, the fate of her mother, and many other things that are constantly haunting him and that he fears will one day come out and destroy everything he holds dear. As the Germans march towards another war and invasion of Poland, Dominik does the only thing he can think of – make every effort to find Marie a respectable husband who will protect her and ensure no harm comes to her when the Germans invade.

Yet Marie, named after Marie Curie, is fiercely independent and determined to make her own way in life – she wants to study, and become a doctor, and then she reunites with an old friend from her childhood, Ben Rosen. As they grow closer, Marie decides he is the one she wants to marry and is determined she won’t let religion or prejudice stand in their way. But as they move forward with their plans, Marie finds that she needs to know more about her mother – even though her father would rather keep many things a secret.

Touching on the march towards war, gender roles, women in STEM, and other prejudices, Secrets My Father Kept is a quiet yet twisty novel that at on the surface, suggests that the secrets in the title are related to past deeds in the Great War, hinted at through early discussions and reflections Dominik has with himself and at times, others as he interacts with and is exposed to the horrors of the Nazi ideology that will soon be sweeping across Europe, leaving many millions dead in its wake. Yet there is more to his story – and it is only through peeling back the layers that eventually, the secrets become clear – as do the reasons for the deceptions that Dominik has had to keep up with everyone, including his daughter, for the past sixteen years. As father and daughter clash over what one thinks is best and what one longs to do, the secrets will start to leak out – and Dominik finds himself rushing to save his daughter’s life at any cost.

Science and religion unite in this book – with each being given equal consideration and space to evolve and be whilst the characters fight against racism, prejudice and sexism in the late 1930s and the lead up to another war that will devastate Europe. This story has both femininity, masculinity, gender expectations, social expectations and those who defy them at its heart – and digging a little deeper reveals that there is more to these characters and this story than might appear on the surface.

It is also about the goals we set ourselves and the power of the human spirit to shine through in adversity and become heroes in ways that we least expect, and the way we guard or reveal our secrets to keep ourselves and those we love safe whilst also ruminating on the idea of what lines we cross when thinking about these secrets – how far do we go before things become too complicated, and at what point do we find things need to be revealed before someone else does so for us and there is no turning back?

This gentle, yet twisty story brings several issues of gender and the idea of identity to light in ways that we may not have thought about before in terms of literature based around or near World War Two. It explores themes and characters that might not have felt at ease in those days – for whatever reason – and looks at how people adapted their lives to make sure they could keep their secrets. This was a book that I found impossible to put down and was interesting to read a story set on the brink of World War Two, showing the build-up to what happened and just how quickly people could change what they believed and thought based on propaganda and scapegoating an entire cohort of people because of what someone like Hitler said. This shows how powerful lies and propaganda and the ability of people to twist words and the media can be in influencing what we believe and see in the world. Without explicitly saying this, it shows how damaging these ideas are and how damaging prejudice of all kinds can be, and what happens when those who can stand up against it don’t. It captures the human spirit’s ability to make impossible decisions out of love and loyalty, to protect those we hold dear – whatever the cost may be. Rachel Givney has captured the heart of family history, sacrifice, love and striving for equality in this book that takes us to the outbreak of World War Two, and then leaves us to imagine the fate of Marie, Ben and Dominik. 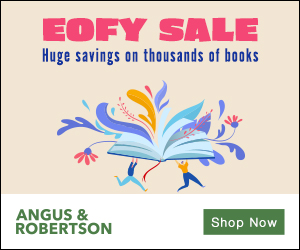 1 thought on “Secrets My Father Kept by Rachel Givney”