Title: The Zookeeper of Belfast

As the bombs rain down on the city, Belfast’s first ever female zookeeper must fight to save the baby elephant in her charge in this gripping, uplifting tale based on a true story.

1941. With the men away fighting, animal-lover Hettie Quin is made Belfast Zoo’s first ever female zookeeper. She is put in charge of Violet, a three-year-old Indian elephant, and they soon form a special bond. With Violet at her side, Hettie can almost escape the grim reality of her life: the father who has abandoned her family; the sister who recently died; the war that’s raging hundreds of miles away.

But the devastation of war is closer than she thought. When the bombs begin to rain down on the city, Hettie must gather all her courage to protect those she loves the most. Can she save Violet – and get through unscathed herself?

Based on a true story, The Zookeeper of Belfast is a gripping and uplifting tribute to what one woman’s courage and tenacity can achieve in the most dire of circumstances – perfect for fans of Heather Morris, Natasha Lester, Kate Furnivall, Mandy Robotham and Fiona Valpy.

The Zookeeper of Belfast, a novel based on the true story of female zookeeper, Denise Austin and the elephant, Sheila, and their bond during World War Two, specifically 1941, during what was known as the Belfast Blitz. An attack that nobody expected and therefore weren’t adequately prepared for.  In the fictionalised version of this story, American author S. Kirk Walsh as Violet – the elephant, and Hettie – the zookeeper.

The basis of the story is true – the Belfast Blitz, the IRA and RUC conflict and elephant, Violet (Sheila) spending nights at Hettie’s (Denise’s) home. However, the rest is quite dramatised, including the family and other relationships of Hettie, and the absence of her father – as though the author found the gaps, which authors of historical fiction often do, and imagined what could have been, and made it plausible.

The premise is intriguing and opens up a part of World War Two history often not touched on, as Ireland strives to maintain neutrality whilst being hammered by a world war, and at the same time, the IRA and RUC are fighting a war within Ireland, one for independence, and the other to keep terrorism and raids at bay. It is the people that inform this story, and make it come to life, but I felt that the true hero was Violet, or as she was known in real life, Sheila. She drove the story, as did Hettie/Denise. I felt this was the most powerful relationship and was given the most amount of attention. Yet at the same time, hints of a romantic relationship were dangled in front of readers, but I felt was rather rushed and left a touch unresolved which suggested to me that the novel would have been just as powerful without it.

I have spent the morning researching this, and the one relationship that I felt was probably more imagined than based on fact (given I could not find anything about this) was the one between Hettie and her brother-in-law. Whilst the premise of families fleeing to the countryside is based in truth, as is the IRA and RUC conflict, this was one relationship and plot that seemed to start off quietly and then some parts seemed to come out of nowhere – I felt that they could have been presented simply as brother and sister-in-law, and the events that led up to the final chapters of the novel still would have played out the same. Yet at the same time, the IRA and RUC conflict, alongside the wider world war, gave the novel an additional layer of what it meant to live in these times and live where Hettie lived.

Overall though, it was an engaging story, and one that highlights the power of friendship between a human and an elephant amidst tumultuous times in many ways. I had hoped for an author’s note about research and the history of the story at the end, as authors like Natasha Lester, Jackie French and other authors do, as it would have helped to cement the truth and fiction, and ensure as readers, we had an idea of what was real, and what was imagined. I did research the truth but had to guess at what possibly could have been fictionalised and dramatised for narrative purposes to drive the story forward. I would be very interested in reading a pure non-fiction version of this story to gain a better understanding of what actually happened. 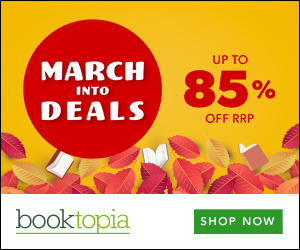 3 thoughts on “The Zookeeper of Belfast by S. Kirk Walsh”