What would you do if you thought your husband was Jack the Ripper? A dark historical crime novel.

‘An astonishing book’ M.W. CRAVEN He is my husband. To honour and obey. Until murder do us part. London, 1888: Susannah rushes into marriage to a young and wealthy surgeon. After a passionate honeymoon, she returns home with her new husband wrapped around her little finger. But then everything changes. His behaviour becomes increasingly volatile and violent. He stays out all night, returning home bloodied and full of secrets. Lonely and frustrated, Susannah starts following the gruesome reports of a spate of murders in Whitechapel. But as the killings continue, her mind takes her down the darkest path imaginable. Every time her husband stays out late, another victim is found dead. Is it coincidence? Or is he the man they call Jack the Ripper?

What would you do if you suspected your husband of some of the most horrific crimes in history, of being one of the worst serial killers ever, Jack the Ripper? That is the premise of Clare Whitfield’s debut novel, People of Abandoned Character. Susannah Chapman has rushed into marriage – she is much older than most when she marries, and thinks nothing of marrying Thomas Lancaster, five years younger, and hiding his own secrets.

As the months wear on, Thomas’s treatment of Susannah coincides with several murders of young women in Whitechapel -most notoriously, the five known victims of Jack the Ripper: Mary Ann Nichols, Annie Chapman, Elizabeth Stride, Catherine Eddowes (found on the same day as Elizabeth) and Mary Jane Kelly. Susannah’s story is told in first person as Susannah recounts her life with Thomas and the life that has led her here, whilst looking at what her life could have been. Her life with Thomas is fraught, and the early victims that are possibly linked to Jack the Ripper, but have never been connected, are touched on as well.

We follow Susannah’s story as she follows the reports and the case in the papers and attempts to find out if her husband is the notorious killer. Secrets abound in this story – everyone has secrets. Thomas, Mrs Wiggs, Susannah and Dr Shivershev, and many others whose lives are woven throughout the narrative. As Susannah gathers the news stories, she also writes about the women and the lives she thinks they have been ripped from.

It is an intriguing premise based around Ripper legends, knowledge and assumptions – and the idea that Jack the Ripper might have been a doctor, due to the medically precise cuts on the victims. It is but one story that examines the Jack the Ripper story, and this time, through the lens of someone who came from the same area as the victims, and perhaps a similar background as at least some of the victims. It touches on prior murders that were not linked to the Ripper case, and the majority of the story revolves around the aforementioned canonical five.

It is a riveting story that engages the reader but also needs time and attention to absorb all the information and piece all the clues together. What Whitfield has presented is an intriguing way to look at the Jack the Ripper case through the eyes of someone who worked in the area where Jack the Ripper committed his murders, and the implication of what this might have meant had Susannah not wed, coupled with what happens when secrets are torn asunder and the difficulties that come with trying to keep secrets all the time. 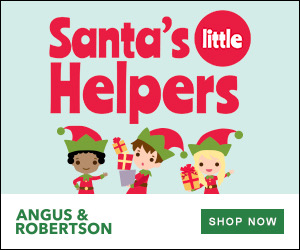 1 thought on “People of Abandoned Character by Clare Whitfield”