Synopsis:  Seriously, what is going on with Snake? Terrifying powers! Evil allies! Interdimensional Doorways! What is his deal? And that’s not all! Why is Agent Fox suddenly so mysterious? Who IS she, exactly?! Dang it! We need answers! Wolf and the gang are back. And they’re even more confused than YOU!

The Bad Guys Episode 12. It will melt your brain…

Aaron Blabey has been writing the Bad Guys series, published by Scholastic, for the past five years. It’s an episodic series, almost like a television show, and told in a comic book style, using lots of illustrations. The Bad Guys are a crew of animals who are trying to reverse their bad deeds by doing good deeds. In episode twelve, Snake appears to have terrifying powers, and the other bad guys don’t know what to do about it – but Snake is determined to convince them otherwise. At the same time, there’s something happening with Agent Fox…everybody is confused!

Told in comic book format, Bad Guys episode 12, like the rest of the series, relies on the visuals and the speech bubbles to tell the story, and throws back to previous episodes in a similar way to television shows or serialised stories, so whilst I found it easy to read without having read the previous eleven, it will be more enjoyable, and more fun to read them all in order if you haven’t already.

The story revolves around the question of who is The One – but The One for what? Well, you’ll just have to read to find out!

Bad Guys is filled with humour throughout and follows the rag tag group of scary animals who want to do good things. Can they do it? Aaron Blabey has created a world for readers aged seven and older, that will engage reluctant readers, and readers across many levels will enjoy this addition to the series.  The graphic novel style will pull readers into the world visually, drawing on various cues and at times, prior knowledge of the first eleven books to fill in the gaps.

Of course, there is always that one character reminding everyone of danger, if something reminds him of a previous episode, or something that is worrying him, which is something the other Bad Guys get frustrated with. Each character is unique and brings something fresh and exciting to the series and this story. It is exciting and fun, and I’m sure fans of the series will devour this book.

It will encourage reluctant readers to take that next step in their reading journey, entertain all readers, and give kids an insight into a world they have delved into and invested in, as well as showing them new and innovative ways stories can be told in books, as novels, in a very visual way. It’s one where there has been as much care and attention given to the illustrations, and where readers must engage with the words and the images, as they do with picture books. Kids will love this book, and it will lead to many anticipating the next book. In the meantime, you will have twelve books to read and reread until the next one is released.

A funny and engaging book for all fans of Aaron Blabey. With thanks to Scholastic Australia for the review copy. 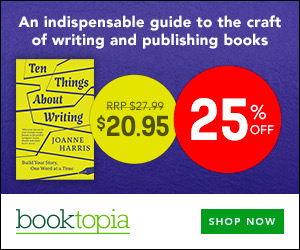 1 thought on “Bad Guys Episode 12: The One? by Aaron Blabey”