Title: The Stolen Prince of Cloudburst (A Kingdoms and Empires Book #3)

Synopsis: A magical tale of mystery and adventure that proves that sometimes even ordinary middle children can be heroes, from the bestselling author of The Extremely Inconvenient Adventures of Bronte Mettlestone and the award-winning The Slightly Alarming Tale of the Whispering Wars.

Long ago, the little Prince of Cloudburst was stolen from the seashore by a Water Sprite. Now, ten years later, the prince has found his way home. The King and Queen are planning the biggest party in their Kingdom’s history to welcome him.

Meanwhile, on the other side of the Kingdoms and Empires, Esther Mettlestone-Staranise is looking forward to another year at Katherine Valley Boarding School. But she arrives to find a number of strange and unsettling changes. For one, her new teacher is rumoured to be an Ogre. Two mysterious students have joined the school, and one of Esther’s classmates is an undercover Spellbinder. Most disturbingly, the mountains surrounding the school – usually a delight of glaciers, teashops, lakes and Faeries – are now crowded with wicked Shadow Mages.

As secrets and dangers escalate, Esther must find the answers to several puzzles. Why is her teacher behaving so oddly? Which of Esther’s classmates is the Spellbinder, and can they really protect the school from gathering hordes of Shadow Mages? Could the Stolen Prince of Cloudburst be connected?

How can Esther – who is not talented like her sisters, nor an adventurer like her cousin, but just Esther – save her family, her school and possibly her entire world?

The third book in the Kingdoms and Empires series is about Esther Mettlestone-Starnise, Spellbinder Bronte’s cousin. It begins with the story about Alejandro – written by Esther for a class assignment, recounting her cousin, Bronte’s, adventure from the first book. The Whispering Wars are over, but there are still dangers at Katherine Valley Boarding School, and in the Kingdoms and Empires. A new teacher has started – teaching Esther’s grade, and everyone seems to love her. And one of her classmates is a Spellbinder, there are rumours that another is a Whisperer, and the Shadow Mages are trying to take over.

Whilst everyone celebrates the return of Prince Alejandro, Esther, the middle child, struggles to find her place. Her older and younger sisters both have talents, but she doesn’t. She’s just Esther. And at school, Esther is faced with a teacher who behaves oddly, and marks correct homework as wrong. What is up with this teacher, and what is going on with Shadow Mages? Is the Stolen Prince of Cloudburst connected?

It has been two years since we ventured into the world of Kingdoms and Empires. Last time, we were entrenched in the Whispering Wars. This time, we are in a time of peace, after the wars, and back in the time of Bronte, the Spellbinder of the Mettlestone family. But this is Esther’s story – ordinary Esther, right? Well, maybe not. Read on, and find out as Esther strives to save the day against all odds – people ignoring her, people forgetting her, and with only a few people she can turn to, how will Esther save the day if she is ‘just Esther’?

The thrilling series continues and builds on what has come before. Again, this novel is told as though Esther is speaking to the reader, and writing her memoirs, so it feels like the reader is involved in the story with Esther. The varying lengths of the chapters rockets the story along, meandering when it needs to, setting things up cleverly and surreptiously, and suddenly, galloping along when the story, tension and action picks up. It allows the reader to absorb what is going on, and piece the clues together. There are hints throughout the novel that develop throughout as Esther moves to the conclusion of her story, and recurring themes that at first, might not seem important. But it all ends up being important, and ultimately, is what the characters need to know, leading up to the major events.

It is a fun series, filled with unique characters, as well as clever takes on fairy tale and fantasy tropes that appear across many fantasy books. It is interesting seeing different takes on these tropes in today’s fantasy fiction for readers, especially in the middle grade and young adult worlds. Esther’s journey revolves around rain and water, her family and friends, school, and uncovering the truth about a recurring dream. You’ll have to read the whole book to find out what this means, and you will get to go on a rollicking adventure with Esther and her friends. Lessons are learned, as often happens in children’s literature. These days, these lessons are not as obvious, the stories are not didactic as they were a century or more ago. Yet there will always be a message and lesson.

The Kingdoms and Empires series is filled with fun, magic and rollicking adventures that will appeal to all readers. Be prepared for adventure and magic, and a grand story that has built on what has come before. I’d advise reading these books in order and even reading the first two – The Extremely Inconvenient Adventures of Bronte Mettlestone and The Slightly Alarming Tale of the Whispering Wars to refresh your memory and envelope yourself in the whole story that is unfolding, and that is all linked together wonderfully.

A great addition to the Kingdoms and Empires series! 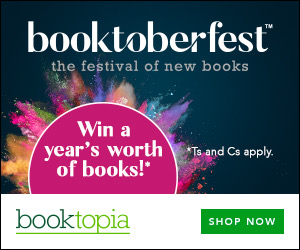