In 2015, Kate Forsyth published what I think was one of her most powerful, most harrowing, and most effective novels: The Beast’s Garden. Set in Germany in World War Two, it follows Ava as she does what she can to resist the Nazi regime and help her family and those she loves. To save them, and get her father, one sister and niece to safety, she must marry and Leo. Soon, Ava is embroiled in the small acts of rebellion throughout Germany and finds out that Leo is part of the plot to kill Hitler and end the war and the Third Reich.

From the back of the book:

‘Ava fell in love the night the Nazis first showed their true nature to the world …’
A retelling of the Grimms’ Beauty and The Beast, set in Nazi Germany.

It’s August 1939 in Germany, and Ava’s world is in turmoil. To save her father, she must marry a young Nazi officer, Leo von Löwenstein, who works for Hitler’s spy chief in Berlin. However, she hates and fears the brutal Nazi regime, and finds herself compelled to stand against it. Ava joins an underground resistance movement that seeks to help victims survive the horrors of the German war machine. But she must live a double life, hiding her true feelings from her husband, even as she falls in love with him. Gradually she comes to realise that Leo is part of a dangerous conspiracy to assassinate Hitler. As Berlin is bombed into ruins, the Gestapo ruthlessly hunt down all resistance and Ava finds herself living hand-to-mouth in the rubble of the shell-shocked city. Both her life and Leo’s hang in the balance. Filled with danger, intrigue and romance, The Beast’s Garden, a retelling of the Grimm brothers’ ‘Beauty and The Beast’, is a beautiful, compelling love story set in a time when the world seemed on the brink of collapse.

I first read the book in 2015, upon its initial release, and its one that has always stayed with me, because it is so powerful, and looks at how a government can easily manipulate its populace into believing what they want them to, even as they make life harder for those they claim to be protecting or working for. The 1930s and 1940s were a time when this was common, especially in Nazi Germany and perhaps other countries as they tried to control the lives and movements of their citizens. Ava and Leo’s story is heartbreaking and hopeful. Yet at the same time, the brutal reality of war comes through as we read about Ava, Leo, Rupert, and Jutta trying to survive, and doing what they can to resist and find each other after the war. Ava is a powerful character – she uses what she has at hand, and goes on to find those dearest to her, even in the darkest days of the end of the war.

Stories of this time warn us to not be complacent – that one person can change things, and often for the worse, and bring us to the brink of war or disaster. Of course, this may not always be the case, but at times it feels like we can see echoes of what happened in the 1930s and 1940s happening today, which makes stories like these relevant and harrowing – we may not be bombing cities, but the division that some people seek to create is ever-present and feels like some people have not learnt anything from history.

It is in reading books like The Beast’s Garden and revisiting them that we see reflections of our time in them – in different ways, with different words at times, but the sentiments are present in some places. It is books that make a mark on us and affect us – and the stories of these characters showed just how dark these times got for those affected, and the desperation that some people were driven to. It highlights that the resistance was complex and intricate, and that there were those who did what they could to resist, though the regime would come down hard on those they discovered.

It’s a book of love, family, rebellion, and courage. It shows that women were just as active and powerful in the resistance, just as they were compliant or complacent in the horrors of the regime. What makes this book all the more shattering and grounding is that everyone – apart from Ava, Leo, Jutta, and their families – were real. They were there, and their fates were sealed as the novel raced towards its crescendo and the closing days of war, and the deaths of Hitler, Eva Braun, and the Goebbels family.

As with many of her books, Kate has managed to create a style that works with the history, and brings it to life with sobering reality, and make us realise what we might be giving up if we let the loudest voices of hatred win. It is a powerful message, and one that stays with me, making it harder to venture into new reads.

Link back to original review: The Beast’s Garden by Kate Forsyth 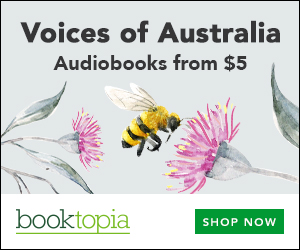 2 thoughts on “Revisiting a Favourite: The Beast’s Garden by Kate Forsyth”