Synopsis: The highly anticipated new historical adventure from the bestselling author of The Champagne War.

Evie, a widow and stationmaster’s daughter, can’t help but look out for the weekly visit of the handsome man she and her sister call the Southerner on their train platform in the wilds of northern England. When polite salutations shift to friendly conversations, they become captivated by each other. After so much sorrow, the childless Evie can’t believe love and the chance for her own family have come into her life again.

With rumours coming out of Germany that Hitler may be stirring up war, local English authorities have warned against spies. Even Evie becomes suspicious of her new suitor, Roger. But all is not what it seems.

When Roger is arrested, Evie comes up with an audacious plan to prove his innocence that means moving to Germany and working as a British counter-spy. Wearing the disguise of dutiful, naïve wife, Evie must charm the Nazi Party’s dangerous officials to bring home hard evidence of war mongering on the Führer’s part.

But in this game of cat and mouse, it seems everyone has an ulterior motive, and Evie finds it impossible to know who to trust. With lives on the line, ultimate sacrifices will be made as she wrestles between her patriotism and saving the man she loves.

From the windswept moors of the Yorkshire dales to the noisy beer halls of Munich and grand country estates in the picture-book Bavarian mountains, this is a lively and high-stakes thriller that will keep you second-guessing until the very end.

In 1936, Evie meets Roger when he passes through the Yorkshire railway station she has grown up at, and they fall in love – yet Roger isn’t who he says he is. Rumblings of war and Hitler’s onward march through Europe hit the shores of England. Evie is determined to prove that Roger is innocent. She is drawn into the world of spies and counterintelligence, acting as the perfect Nazi wife to save Roger, his son, and England – and do what she can to thwart the threat of war. She takes on a dangerous task – risking her life and freedom to help Roger and her country, as she learns that she cannot trust anyone around her, she cannot trust her own knowledge, and she may not even be able to trust Roger – and the stakes get higher with each chapter.

Set in the interwar period as the Nazi regime ramps up its powers and influence, and hatred of anyone who doesn’t toe the party line, The Spy’s Wife begins in the peace of the Yorkshire countryside before hurtling us into Nazi Germany, where each page feels like a new threat is just around the corner, and where the world of espionage becomes a clear factor in the story – and what would happen in World War Two, though the story doesn’t touch on the war. It sets up the war and what is to come, which felt like a fresh take on the genre, as many stories I have read about spies have been set during the war. It was interesting to see how the pre-war spies operated and what they did to try to prevent the inevitable war happening and trying to curtail the powers of the Nazis and Hitler.

In not focusing on the romance, but still having it as part of the story and letting the espionage and self-sacrifice story take centre stage, Fiona McIntosh has created an engaging thriller that shows what life was like for some in Nazi Germany, and the threats that were present in the 1930s that would become endemic and worsen over the coming years and the war as Hitler and his regime strived for the Aryan ideal. As the novel explores these uneasy ideas, the characters like Evie and Roger, who dislike them must act as though they find them desirable, especially when in the presence of Giselle, who is holding the fate of Roger’s son over his head.

This is a fantastic read, filled with mystery and on the edge of your seat moments where you’re not sure what’s going to happen next, or who you can possibly trust. It captures the mood, setting and feeling of a time when threats were used for almost anything, and the fate of an innocent child could be dangled as a weapon to make sure people did what they were asked to do. It captures the feelings of dread and hopelessness, giving readers a glimpse into what this time might have been like for people in the spy game during the thirties and forties. It shows a vastly different story to many books set at this time, taking on the years before the war as a contrast to the usual 1940-1944 setting, so readers can see where things were headed rather than just where they ended up. It was a great book and one that I was really looking forward to reading, and am glad I got the chance to read it. 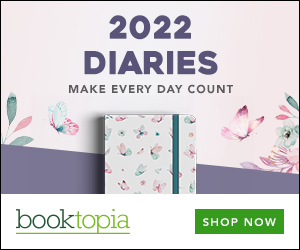 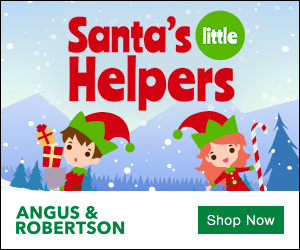 2 thoughts on “The Spy’s Wife by Fiona McIntosh”