Synopsis: Award-winning writer Katrina Nannestad transports us to Russia and the Great Patriotic War and into the life of Sasha, a soldier at only six years old …

Wood splinters and Mama screams and the nearest soldier seizes her roughly by the arms. My sister pokes her bruised face out from beneath the table and shouts, ‘Run, Sasha! Run!’

It’s spring, 1942. The sky is blue, the air is warm and sweet with the scent of flowers.

And then everything is gone.

The flowers, the proud geese, the pretty wooden houses, the friendly neighbours. Only Sasha remains.

But one small boy, alone in war-torn Russia, cannot survive.

One small boy without a family cannot survive.

One small boy without his home cannot survive.

What that small boy needs is an army.

From the award-winning author of We Are Wolves comes the story of a young boy who becomes a soldier at six, fighting in the only way he can — with love. But is love ever enough when the world is at war?

Katrina Nannestad’s stories are always different – but they tackle similar themes of family, war, loss, life, death, and many other themes linked to these in sensitive and realistic ways for younger readers. Her latest book, Rabbit, Soldier, Angel, Thief, is set in Russia during World War Two – amidst what is known as The Great Patriotic War in Russia against the Germans as they fight to save their country from invasion and complete devastation. Amidst this devastation in Stalingrad, Sasha runs from his home, his mama and his sister – away from German soldiers. Here, he finds a home, and a family with Papa Scruff, Windy Rustkov, Grumpy Boris, Natasha and many more, and sees things amidst the battles that he should never have seen as he looks for his family. His Mama, his Nina, and the rest of his family. Sasha’s story floats between his experiences in the war, and the days after the war, where he is in a hospital, telling the nurses, doctors, and other patients his story.

Slowly, as he begins to remember what happened, Sasha’s story grows, and as readers, we experience his pain, loss, and little discoveries, and the family and friends he makes with the Red Army soldiers he is with. It is a theatre of war that is not often shown – and we also get to see this through the eyes of a child, and his innocence, and the way his innocence is changed and shattered by his experiences. Katrina has taken stories she read about a young Russian soldier and made it accessible for younger readers aged ten and older. She manages to show the realities of war and what it must have been like without delving into too much harsh detail, giving enough that we get an idea of what is was like, whilst still capturing Sasha’s childlike innocence and wonder at the world around him and the cruelty of humans and the finality of death he starts to see almost daily as the war wears on.

Katrina’s stories are always ones that seem to be uplifting and heartbreaking at the same time, sending readers on a rollercoaster of emotion as they hope and pray that the characters will be okay – and in this case, that Sasha will find a family and a home at the end of the war. It’s the question that drives the narrative, and is what kept me going – I wanted to find out what happened to Sasha and everyone else he fought and lived with.

I took my time with this book, peeling back the layers of Katrina’s back and forth narrative, which allowed the reader to experience everything Sasha endured throughout the war, and showed a stark reality that I had never known about, though I have studied and read a lot of history. Books like this highlight hidden or little explored parts of history. Stories that might not be taught or always included in history books in as much depth as others, which makes this a very powerful World War Two story – it differs from so many I’ve read set in France or Poland, and allows readers from age ten and older to understand what people went through, what they might have had to do and how they coped in the days of the war.

This touching story brings so many emotions to the surface as you read, and is so powerful that it lingers in your mind long after you have turned the final pages on Sasha’s story. Like We Are Wolves, it is a story about the child’s experience of war through their eyes and how the war changes them – and is a testament to humanity and the human spirit that there are some things that cannot be broken or destroyed even in the worst of times. 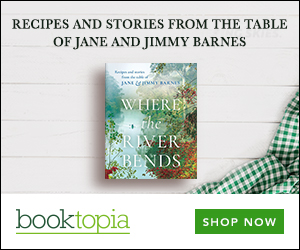 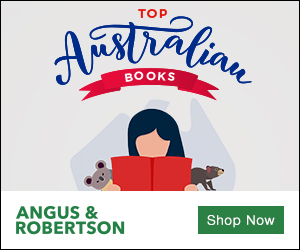