Synopsis: Introducing the fabulous Ms Peregrine Fisher, niece of the famous Phryne Fisher, as seen on 7plus and Acorn tv

‘A splendid read, with an authentic 60s flavour. I recommend it unreservedly.’ – Kerry Greenwood


Peregrine Fisher is unexpectedly summoned to a meeting of the Adventuresses’ Club of the Antipodes, where she learns some incredible news.

When Adventuress Florence Astor is accused of murder, Peregrine jumps at the chance to help on the case. Detective James Steed, initially dismissive, quickly finds Peregrine’s flair for investigating and headstrong nature leave him little choice.

A second shocking death occurs and Detective Steed’s boss, Inspector Sparrow, demands the case be brought to a close with suspicious speed.

With Sparrow issuing threats, time is running out for Peregrine. It seems she’s set herself an impossible task, but then, as Detective Steed says, ‘never underestimate a woman named Fisher’.

Based on the screenplay by Deb Cox.

It’s 1963, and Peregrine Fisher receives a summons from the Adventuresses’ Club of the Antipodes to receive her inheritance from her aunt, Phryne Fisher, who has been missing for months. She arrives in Melbourne, and is determined to join the same club her aunt was part of – despite Birdie Birnside’s reluctance. Soon, the death of a model, Barbie Jones, thrusts Peregrine into the midst of the investigation as fellow Adventuress Florence Astor is accused of murder. Peregrine meets Detective James Steed, who at first reluctantly allows her to help, but soon, finds her help quite useful, especially as his boss seems to want to undermine things and lay all the blame on the wrong person.

After the second death, James and Peregrine are more determined to find out who the killer is, all while Inspector Sparrow tries to undermine them and send Peregrine packing.

What a great addition to the Miss Fisher series! It started as a television show, and we’re yet to see if Phryne returns, but the continuation of the Fisher world and the never mess with a woman named Fisher is eloquently communicated in this new book by Katherine Kovacic, based on the screenplay of the first episode of the new show. Just Murdered does a wonderful job of showing how Australia and Melbourne changed between the late 1920s and a world on the brink of economic disaster, to a post-war era in the mid-1960s, where the roles of men and women have changed a bit, but there are still echoes and hints of what ideal roles for men and women should be, combined with crime, fashion and gutsy women who refuse to bow down to what men like Sparrow expect them to.

The characters are fantastic and capture the spirit of the original Miss Fisher series whilst standing out as their own entities and create a sense of authenticity and individuality, where crime and fashion meet yet again to show that a woman named Fisher can solve crimes – and she can do it in heels with a gold gun.

Even with this new set of characters, it still has the same feel as the originals, and one can imagine the original characters are somewhere behind the scenes, reading the newspapers and gasping as they see the Fisher name, reading about the niece Phryne has just discovered, and seeing the same spirit she had in Peregrine. I loved crime stories like this that aren’t gory, that focus on the characters and motives, and solving the crime more than the gore. The little clues dropped throughout help to build the mystery, leading us off after red herrings at times, but ultimately, bringing it all to a clever and unforeseen conclusion that shows that anyone is capable of murder if pushed far enough.

I can’t help but wonder if we will have more of these mysteries, but even if we don’t, this is a delightful foray into a new Fisher character and the world she inhabits with a touch of crime and a detective who wants to get his job done – and can only do so with the help of a Fisher. 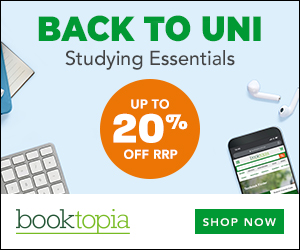 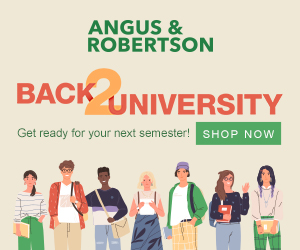