Synopsis: Award-winning historian Catrine Clay tells the gripping stories of six ordinary Germans who witnessed the rise of Nazism in Germany from within, and dared to resist it.

After 1933, as the brutal terror regime took hold, most of the two-thirds of Germans who had never voted for the Nazis – some 20 million people – tried to keep their heads down and protect their families. They moved to the country, or pretended to support the regime to avoid being denounced by neighbours, and tried to work out what was really happening in the Reich, surrounded as they were by Nazi propaganda and fake news. They lived in fear. Might they lose their jobs? Their homes? Their freedom? What would we have done in their place?

Many ordinary Germans found the courage to resist, in the full knowledge that they could be sentenced to indefinite incarceration, torture or outright execution. Catrine Clay argues that it was a much greater number than was ever formally recorded: teachers, lawyers, factory and dock workers, housewives, shopkeepers, church members, trade unionists, army officers, aristocrats, Social Democrats, Socialists and Communists.

Catrine Clay’s ground-breaking book focuses on six very different characters: Irma, the young daughter of Ernst Thalmann, leader of the German Communists; Fritzi von der Schulenburg, a Prussian aristocrat; Rudolf Ditzen, the already famous author Hans Fallada, best known for his novel Alone in Berlin; Bernt Engelmann, a schoolboy living in the suburbs of Dusseldorf; Julius Leber, a charismatic leader of the Social Democrats in the Reichstag; and Fabian von Schlabrendorff, a law student in Berlin. The six are not seen in isolation but as part of their families: a brother and sister; a wife; a father with three children; an only son; the parents of a Communist pioneer daughter. Each experiences the momentous events of Nazi history as they unfold in their own small lives – Good Germans all.

The Nazi regime of 1933-1945, fuelled by propaganda, and thrust into place by a small number of Germans who voted for them, saw those 20 million people who never voted for Hitler’s party. During the twelve years the Nazis terrorised Germany and Europe, there were many Germans who resisted.

These Germans found ways to resist. They knew the consequences of resisting or helping those the Nazis had deemed enemies, and wanted to rid the country of, but they still resisted, often at great risk to their lives. There were several ways they did this: moved to the country, joined opposing parties and resisted openly that way, and later, acting as go-betweens for people in a party such as the Communist party. Some resisted from within the system – joining up and working with underground resistance movements, as described in The Beast’s Garden by Kate Forsyth, and several of the people in this book.

The six characters explored in this book – Irma Thalmann, Fritzi von der Schulenburg, Bernt Engelmann, Julius Leber and Fabian von Schlabremdorff – each tackle their resistance in a different way, and the Fritzi’s sister, Tisa, also contributes to the resistance.

There of course, were other resistance groups operating during this time. These groups did good work too. Here are six individuals who took a different tack and looked at what they could do and how. Catrine Clay also weaves the reality and darkness of what the Nazis did, interspersed with these stories, to illustrate what these six and others like them were up against in a realistic and gritty way. Catrine does not shy away from the grittiness of what they faced and the consequences they faced – imprisonment, torture or execution. Not all would survive to the end of the war. Those who did saw the downfall of the man and regime they had been fighting against for twelve years, proving that resistance in all its forms will eventually have its cumulative effect.

Resisting the Nazi’s was hard – but not impossible. The power in this book was in the way it explored how people resisted, and what they did, and how this impacted their families and lives. Tisa is one resistance fighter whose family, for the most part, were Nazis. Living a reality like this must have been fraught, and there would have been many tensions, but people like Tisa stood their ground, and in the end, that is what counted. This is a book that needs to be read, and is one that is powerful in its historical context, and a contemporary context.

I received this book for review, and whilst it wasn’t one I requested, these sorts of stories are always very interesting, because they’re layered and nuanced, and take what at the surface might be presented as a simplistic good versus bad story at times, and shows that there was perhaps more resistance than we might realise sometimes. It is not easy reading. It is one that does require breaks at times, to process what you’ve just read, and is one that is worth pursuing with. It took me a little longer than most books this size, but it was one that showed that there is more to this period of history than some books let on and opens a narrative that says resistance is effective. It does work. Cumulatively, this resistance and the wider war contributed to the defeat of Hitler and Nazi Germany. We find out how the war wraps up, and the division of Germany into the British, French, American and Russian zones – but we do not know where the surviving resistance fighters ended up.

Catrine used documents and stories from the families of these six resistance fighters to put together this book and has managed to sensitively tell their stories. She’s made them human and flawed but shown their great strength in this fight. This is a must read for anyone interested in World War Two history in all its forms.

I learned many things from this book, but the most important was the importance of resistance and standing up for what you believe in, and finding a way, however small, to stand up against people like Hitler and the regimes that create havoc and pain. A worthy read, but also one that needs time to digest. 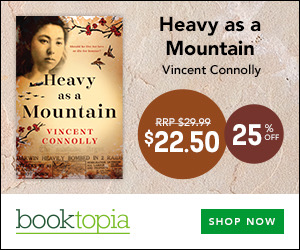