Title: Mudlarking: Lost and Found of the River Thames

Synopsis:  Mudlark (/’mAdla;k/) noun A person who scavenges for usable debris in the mud of a river or harbour

Lara Maiklem has scoured the banks of the Thames for over fifteen years, in pursuit of the objects that the river unearths: from Neolithic flints to Roman hair pins, medieval buckles to Tudor buttons, Georgian clay pipes to Victorian toys. These objects tell her about London and its lost ways of life.

Moving from the river’s tidal origins in the west of the city to the point where it meets the sea in the east, Mudlarking is a search for urban solitude and history on the River Thames, which Lara calls the longest archaeological site in England.

As she has discovered, it is often the tiniest objects that tell the greatest stories.

For thousands of years human beings have been losing their possessions and dumping their rubbish in the River Thames, making it the longest and most varied archaeological site in the world. Lara Maiklem has trekked miles along the banks of the Thames, scouring the shores for over fifteen years in pursuit of the objects that the river unearths: these objects tell her about London and its lost ways of life. Where others only see the detritus of city life, expert mudlarker Lara Maiklem unearths evidence of England’s captivating history, with some objects dating back as far as 4 AD, when London was an outpost of the Roman Empire, up to the present day. A mudlarker can expect to find Neolithic flints, Roman hair pins, medieval buckles, Tudor buttons, Georgian clay pipes and Victorian toys.

Discovering history and archaeology is a unique process for everyone – from those who study the fields and work within them writing books and reports, to those whose interest lies in simply discovering the facts through these sources, and finally, people like Lara Maiklem, a mudlarker. A mudlarker is someone who scavenges for debris in the mud of a harbour or river.

For Lara, this scavenging area is the River Thames, stretching from the Tidal Thames and all the way through Central London. As a result, Lara has divided the book into sections of the River Thames, and within each section, it appears that different times in history are reflected in certain areas, from prehistoric times to the current day, where Lara discovers items made of all kinds of materials, from coins to buttons, old toys and remnants of war uniforms and battles that shaped the history of London and give a deeper insight into the lesser known stories than what is written in the history books.

Whilst discovering toys and buttons, Lara has also discovered old printing press letters, which have been used in the book, and she also gives a brief history of the printing press, and upper and lower case: Upper Case letters, or capital letters, where in the upper case of the press. So, naturally, the smaller letters, known as Lower Case, were in the cases below. This was one of the most interesting stories amongst many, where the items were not linked to anyone in particular, and perhaps this is what makes them so interesting because they would have belonged to someone whose name we might not know from history, and it is the potential to discover these stories and make links to those that have come before, as well as ensuring that even those without a voice are in a way, recognised even though their stories and names may never be known.

This is a history book with a difference: it gives insight into a world that is often hidden or unknown and provokes the ideas that history and archaeology is everywhere. It makes you wonder what could be in the waterways in other areas other than London, and what this could mean for local histories and what it could contribute to local, national and world history. It provided a unique and personal view of how mudlarking works, and the individual journey it can take you on, exploring the ethics and personal questioning of what to do with items, and when to collect them, as well as what to collect. It depends on the value the individual sees in them, and what one person sees will be different for someone else. 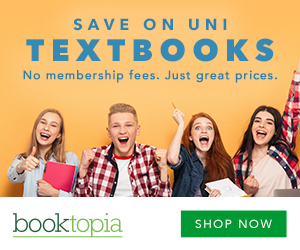 2 thoughts on “Mudlarking: Lost and Found of the River Thames by Lara Maiklem”