Welcome to my eleventh book bingo with Theresa and Amanda. This time, I am checking off a book with a place in the title. I had intended to add this in last fortnight, but checking to see how everything would fit in has me aiming to do one square per post for the next fourteen posts to make sure everything is spread evenly. 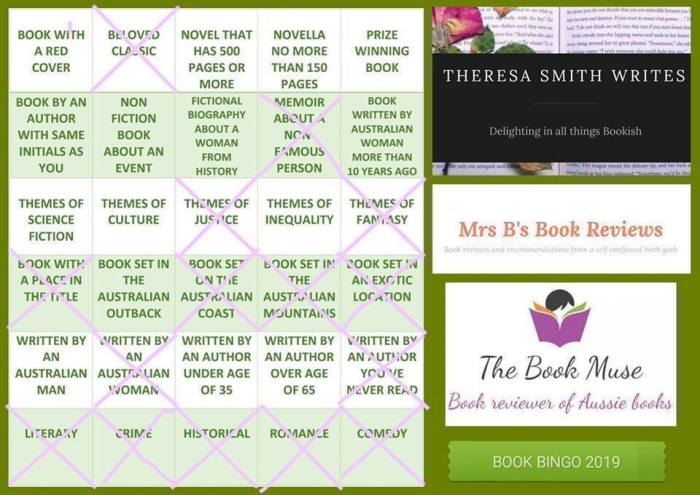 The asterixed titles are ones that are going to appear in future posts. It looks like I only have four slots left to fill, so hopefully I can stretch what I have left to the end of the year, as we have planned with this card. However, where a text row has BINGO next to it, I have added in my bingo graphic to reflect this, and will do the same when the relevant post goes up as well. 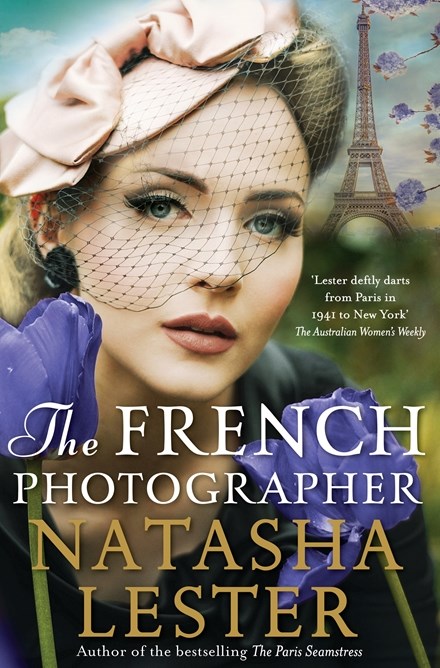 My square was a book with a place in the title. This one was going to be easy to fill, but hard to choose as there are many books that have a place in the title. I chose Natasha Lester’s latest, The French Photographer. Set during World War Two, it follows the story of Jess May, inspired by Lee Miller as she heads into various war zones and camps across France, and encounters sexism, an orphan and societal expectations that she refuses to bow down to. When she meets Victorine, Jess’s life will change – i many ways. The book flashes between the 1940s and the present day, leading to a storyline that is tragically beautiful and uniting, highlighting the importance of friendship, love and family throughout the ages and generations. I also had the chance to interview Natasha as part of the blog tour, and the interview can be found here.

I have read a book for each category in Row One Down – a couple of these posts are yet to go live but this post and the bingo week posts for these books will reflect gaining a bingo.

A book with a red cover: Children of the Dragon: Race for the Red Dragon by Rebecca Lim – #AWW2019*

Book by an author with the same initials as you:

Themes of science fiction: The Lost Magician by Piers Torday*

Written by an Australian man: The Honeyman and the Hunter by Neil Grant*

Fictional biography about a woman from history:

Themes of justice: What Lies Beneath Us by Kirsty Ferguson – AWW2019

Book set on the Australian coast: The House of Second Chances by Esther Campion – AWW2019

Written by an author under the age of 35: Archibald, The Naughtiest Elf in the World Causes Trouble with the Easter Bunny by Skye Davidson – #AWW2019*

Well, that’s another fortnight down – come back next week for more book bingo!

2 thoughts on “Book Bingo Eleven – A place in the title”