Synopsis: Inspired by the incredible true story of Lee Miller, Vogue model turned one of the first female war photojournalists, the new novel by the bestselling author of The Paris Seamstress

Manhattan, Paris, 1942: When Jessica May’s successful modelling career is abruptly cut short, she is assigned to the war in Europe as a photojournalist for Vogue. But when she arrives the army men make her life as difficult as possible. Three friendships change that: journalist Martha Gellhorn encourages Jess to bend the rules, paratrooper Dan Hallworth takes her to places to shoot pictures and write stories that matter, and a little girl, Victorine, who has grown up in a field hospital, shows her love. But success comes at a price.

France, 2005: Australian curator D’Arcy Hallworth arrives at a beautiful chateau to manage a famous collection of photographs. What begins as just another job becomes far more disquieting as D’Arcy uncovers the true identity of the mysterious photographer – and realises that she is connected to D’Arcy’s own mother, Victorine.

Crossing a war-torn Europe from Italy to France, The French Photographer is a story of courage, family and forgiveness, by the bestselling author of The Paris Seamstress and A Kiss from Mr Fitzgerald.

I was approached by Hachette to take part in a blog tour for this book and accompanying this review there will be an interview with the author. Both are appearing on the blog today, the tenth of April, in separate posts.

The French Photographer is an exquisitely written book, and though it is only April, has been one of the best books I have read so far this year. Inspired by the true story of Lee Miller, Natasha Lester has created a story that spans the decades between World War Two and 2004, exploring the lives of Victorine, Dan, D’Arcy, and Jess May – her main character – at various stages of their lives and the war.

Jess May starts out as a model for Vogue in New York, when her career takes a tumble, and she finds herself looking for a way to fix her modelling career. World War Two is ramping up around the world, and magazines like Vogue need photo journalists and war correspondents – to report on the war back home, and to raise morale and support for the troops. After much persuasion and fighting, she is attached to a battalion led by Dan Hallworth, who becomes a good friend and confidant, backing her up when Warren Stone and her ex, Emile, try to make trouble for her. Here, we see how one man can ruin a woman’s reputation and career out of jealousy, and how another will do whatever he can to make life incredibly hard for her, whilst a third will back her all the way, and stand up for her whenever he can. Jess rises above it all, and forges her own path, and is a character who shows that she will let nothing, not even prejudice, stop her from achieving her goals.

Amidst the field hospital and camp where Dan and Jess meet, a young girl named Victorine appears, and works her way into Jess’ heart. As the story goes on, Jess and Dan’s relationship evolves, and they become important to Victorine – they become her family. This is a story that explores love, family and friendship in equal measure across the European theatre of war in Italy and France, and how it affected those who lived through it.

I first came to Natasha Lester’s books with The Paris Seamstress, published in 2018, and was hooked. When I read this one, I was pleased to see a little link back to The Paris Seamstress, bringing a smile to my face as I read. Jess May is a character who is brave and bold. She is modern and enthusiastic, and doesn’t allow anything to stop her, but at the same time, acknowledges the challenges she must face in achieving her goal. While men like Emile and Warren Stone make it difficult for her, people like Dan Hallworth, Martha Gellhorn, and Victorine encourage her in different ways, and support her. They show her a family and love in a world of violence and tragedy. Victorine and Jess, and Dan quickly became my favourite characters, especially Victorine. She is adorable, and seemingly innocent but what she has seen shapes her and her world. At the same time, she is still a child and has a sense of innocence about her that is endearing and also, heartbreaking.

What I liked about Jess and Dan, is that their relationship starts out with respect and friendship – it doesn’t force their love. I liked how they let that evolve naturally, because it felt very realistic and seeing a friendship between a man and a woman in fiction was beautiful to read. Of course, there are meddling characters like Amelia, and seedy characters like Warren Stone who I hated, but they were so well written as well – and this made them excellent characters.

There were many scenes that sucked the breath from my lungs, but I think the liberation of an unnamed camp that held Jews, women and political prisoners, and how this affected Dan, Jess and those with them, is one of the most powerful, alongside their capture of Hitler’s Berlin residence. It gives the story gravitas, and a distinct darker side that shows just how awful the war was and how far reaching its affects were physically and emotionally.

The complexity and diversity of characters ensured this wasn’t a simple story – there were layers upon layers that had to be peeled back and revealed slowly to discover the secrets and lead us to what eventually happened with Dan and Jess. The ending was bittersweet, yet realistic, and I feel fitted in well with the rest of the story.

Filled with moments of joy, heartache, and horror, The French Photographer has much more to offer than just a love story, and to me, that is the best part: the complex characters, how they deal with war and life, and everything in between. This gives the story its true power and is definitely one I want to revisit. 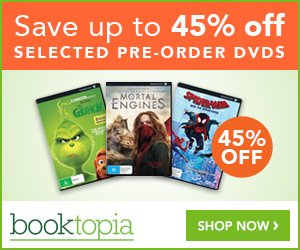 2 thoughts on “Blog Tour Part One – Review: The French Photographer by Natasha Lester”