Synopsis:A story of freedom, forgiveness and finding the strength to break free. International bestselling writer Karen Viggers returns to remote Tasmania, the setting of her most popular novel The Lightkeeper’s Wife.

Sixteen-year-old Mikaela has grown up isolated and home-schooled on an apple orchard in south-eastern Tasmania, until an unexpected event shatters her family. Eighteen months later, she and her older brother Kurt are running a small business in a timber town. Miki longs to make connections and spend more time in her beloved forest, but she is kept a virtual prisoner by Kurt, who leads a secret life of his own.

When Miki meets Leon, another outsider, things slowly begin to change. But the power to stand up for yourself must come from within. And Miki has to fight to uncover the truth of her past and discover her strength and spirit.

Set in the old-growth eucalypt forests and vast rugged mountains of southern Tasmania, The Orchardist’s Daughter is an uplifting story about friendship, resilience and finding the courage to break free.

Miki’s world has been one of isolation her whole life. She was home-schooled on a Tasmanian apple orchard, in the forests and mountains. When her life is altered by the ravages of a bushfire, she is forced into an even more isolated life by her brother Kurt. Kurt keeps many secrets from Miki – and ensures she never ventures out of the takeaway shop he owns and forces her to work in until the arrival of the new resident, Leon, a Parks Ranger whose presence starts to link Miki with other people in the town: Geraldine, and a family whose young son – Max – befriends Leon. Max’s father and friends are loggers, and Leon’s presence rubs Shane and his friends the wrong way.

The new guy in town, Leon finds he has few allies: Miki, Max, Geraldine, and Wendy – Max’s mother. They are the first people to welcome him and stick up for him in the face of hatred from the loggers, Shane and Kurt – and the story traverses several weeks and encounters between the characters, as Geraldine and Leon encourage Miki to leave the confines of her prison when Kurt is gone. Max faces a bully at school, and Wendy, like Miki, faces her own kind of isolation, and both face things that will eventually come to a head with a series of events that sees the coming together of a community.

In this story, the mountains and forest of Tasmania are as much characters as Miki, Leon and the others. It is a living, breathing, and natural character in this story. The human characters lives revolve around the forest and become connected by it – through the good and the bad, and what the forest can provide and take from them.  It is a love story of sorts – an ode to the forests and mountains of Tasmania and nature as a whole. It reveals the flaws in the people Miki and Wendy thought they loved and knew. The flaws and cracks in the small town are revealed slowly – through alternating chapters from the perspectives of Max, Miki and Leon, and the bonds that grow between them.

In this story, the focus is on personal growth, as well as community connection, and what isolation can do to someone and how it makes them feel – and the final chapters are filled with heart stopping moments that make you want to read on and find out what happens and how it all turns out. The rest, I enjoyed meandering about, and taking in the story slowly, but not too slowly, of course. It is the kind of book that can be savoured and devoured in equal amounts. Some sections need to be gobbled up, but some need time spent on them, and Karen Viggers has done this well – when you’re in each character’s life, you are wholly in their life, but at the same time, wanting to know how the others are doing. Seeing how they came together was very satisfying and I liked that the story focussed on friendships between Leon, Geraldine, Miki and Max, and used their backstories to build what it was that drew them to each other, and the flaws in humanity that can lead us to do the unexpected, and why.

I really enjoyed this novel  – it was complex and intriguing with a cast of characters who reflected a diverse selection of human nature, and showed what pressure can do to us – and the ways people respond differently to the same situation they might find themselves in. 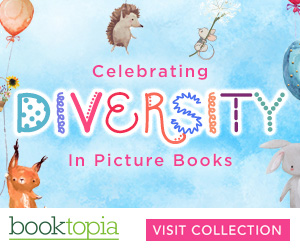 5 thoughts on “The Orchardist’s Daughter by Karen Viggers”