Title: The Colours of all the Cattle (No.1 Ladies Detective agency #19)

Mma Ramostwe’s friend will persuade her to stand for election to the City Council. ‘We need women like her in politics,’ Mma Potokwani says, ‘instead of having the same old men every time . . .’ To be elected, Mma Ramotswe must have a platform and some policies. She will have to canvas opinion. She will have to get Mma Makutsi’s views. Her slogan is ‘I can’t promise anything – but I shall do my best’. Her intention is to halt the construction of the Big Fun Hotel, a dubious, flashy hotel near a graveyard – an act that many consider to be disrespectful. Mma Ramotswe will take the campaign as far as she can, but lurking around the corner, as ever, is the inextinguishable Violet Sephotho.

At the No. 1 Ladies Detective Agency, Precious Ramotswe is pondering the meaning of her life and whether in fact there is one. A meeting with Mma Potokwani – who runs the local orphan farm – provides unsettling inspiration.

It is Mma Ramotswe’s instinct for selflessness, her calm and rational thinking, Mma Potokwani proclaims, that make her a perfect candidate for a newly vacant seat on the local council. Who better than Precious Ramotswe to defend the community against corruption and injustice?

Meanwhile, part-time detective Charlie is assigned a troubling case. He is keen to prove both his ability to his superior, Mma Makutsi, and his worth to Queenie-Queenie who has captured his heart; and Mma Makutsi is confidently in pursuit of a ruthless property developer.

The path to triumph, however, is beset with problems for Charlie and Mma Makutsi, while Mma Ramotswe comes to recognise that it is not political power that gives her life its vital purpose – it is simply her inherent desire to understand and support those who need her most.

Heading back to Botswana with Mma Ramotswe, Mma Makutsi and their friends and families is a welcome respite from the world we live in today. In the latest instalment, Precious Ramotswe, owner of the No. 1 Ladies Detective Agency, takes a back seat from investigations as she begins to run for the local council, with one goal, and spurred on by the woman who runs the Orphan Farm her two children – Puso and Motholeli – came from: to prevent a big business owner and property developer, Gobe Maruti – from building the Big Fun Hotel right next to a cemetery where the late loved ones lie. Mma Potokwani, like others in the community, fears that the once the Big Fun Hotel is a success, developers will want to disturb those resting in the cemetery – and Mma Potokwani is convinced that Mma Ramotswe will be able to do something about it. As Precious works on her campaign, part-time detective Charlie must look into an elderly man getting hit by a car, and the mystery of the absence of a car that colour, whilst trying to impress a young woman called Queenie-Queenie. Mma Makutsi investigates the property developer to assist the campaign and find a way to discover the motives behind her nemesis, Violet Sephotho, from the Botswana Secretarial College, who is also standing for council and supporting the development of the hotel. Mma Ramotswe is not sure politics is for her, but with her team rallying around her, she decides to let things happen as they do.

Each character has obstacles and challenges to overcome in their daily lives as detectives, and Charlie as a mechanic with Tlokweng Speedy Motors and Mma Ramotswe’s husband, Mr J.L.B. Matekoni, grapples with his own case, and the mystery of a car that ran down a doctor and hasn’t been seen since. As they plot to prevent to construction of the hotel, each case somehow intersects a little, apart from the case of the car that has been missing since running Dr Marang over, which has links to other characters in the story.

As each plotline intersects, the race to be a councillor begins to make Mma Ramotswe wonder if politics is the place for her – doing so is the right thing for her community, however long she is able to serve on the council. In Mma Potokwani’s eyes, Precious is the perfect candidate to prevent the Big Fun Hotel being built next to a graveyard – seen as disrespectful by many, and in Mma Ramotswe’s gentle, firm way, she agrees to help stop the construction – and speak out against the council that seeks to disrupt Gaborone, and its gentle citizens going about their lives. Within these books. Africa leaps off the pages in sight, sound and smell, and is vivid and inviting to readers new and old.

The Colours of All the Cattle makes a wonderful addition to the series, and there will hopefully be more to come.

The No. 1 Ladies Detective Agency is one of those series that is fun and comforting and a light, gentle read with a sense of simplicity and tradition yet at the same time, explores the ways societies and people change, but also, want to stay the same, without disruption to lives. It is a charming series, and the most recent novel is no exception, filled with the places and people that readers have come to know over the past twenty years and nineteen books. The charm in this series is in the simple beauty these characters see in their world, and the connections they make, as well as the understanding they have for each other, a world where they do not begrudge friends and family mistakes. Not all characters are perfect – they have their flaws and make errors in judgement at times. But the case will be solved, and all will be right in Zebra Drive and Gaborone. 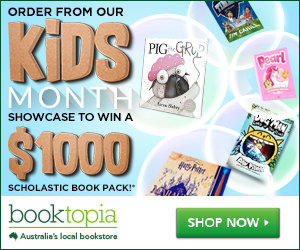 View all posts by

1 thought on “The Colours of all the Cattle (No.1 Ladies Detective Agency #19) by Alexander McCall-Smith”