Synopsis: Set against the glamorous backdrop of the 1930s in Australia and overseas, A Dangerous Language is the latest in the much loved, award winning Rowland Sinclair Mysteries.

When Rowland Sinclair volunteers his services as a pilot to fly the renowned international peace advocate, Egon Kisch, between Fremantle and Melbourne, he is unaware of how hard Australia’s new Attorney-General will fight to keep the “raging reporter” off Australian soil. In this, it seems, the government is not alone, as clandestine right-wing militias reconstitute into deadly strike forces.

When a Communist agent is murdered on the steps of Parliament House, Rowland Sinclair finds himself drawn into a dangerous world of politics and assassination.

A disgraced minister, an unidentified corpse and an old flame all bring their own special bedlam. Once again Rowland Sinclair stands against the unthinkable, with an artist, a poet and a brazen sculptress by his side.

A Dangerous Language by Sulari Gentill marks book number thirty eight in my Australian Women Writer’s challenge for 2017, and as usual, has not failed to impress and of course, distress at times. Now in 1934, inching closer to the threat of war, Rowland is in Melbourne, purchasing a new car to replace his beloved Mercedes, that met with destruction in the almost fatal car race of the previous book, Give The Devil His Due. The trip back from Melbourne with Clyde Watson Jones and Milton Isaacs, an artist and poet whose political allegiances, especially on Milt’s account, have put Rowland in his brother’s firing line of anguish, should be uneventful. However, their sojourn through Canberra, where they are to meet Edna, Milt stumbles across the body of a Communist on the steps of Parliament House – an event that beings the tumultuous venture to get Egon Kisch into Australia, and speaking out against the Fascist tendencies that Rowland and his friends witnessed in Germany in Paving the New Road. When Rowland’s brother, Wilfred, comes onto the scene, Rowly must do whatever he can to keep his plans to help Egon away from his conservative brother – who nonetheless knows that the Fascists are dangerous. Even so, the big brother is also keen to pry his mostly apolitical brother away from the influence of those Rowland chooses to keep company with.

In this eighth venture, politics begins to have a larger focus than in the previous seven novels, where it was present, but had less impact on the plot. In this novel, it seems nobody is safe from the clashes between each side – this is what makes the novel gripping, as it ensures that those who hurt Milt and Rowly (poor Rowland was in the wars a bit in this one again) are shrouded in mystery. As always, I enjoy the Rowland Sinclair novels, and this one was two years in the waiting, and rightly so in the end, because it captured the political turbulence and environment of the 1930s in a way that is accessible to those just discovering it, and highlighting some aspects and characters that are perhaps less well-known than others during this time.

Fiction often offers parallels to history or contemporary times, and it is not hard to see

how the dangerous language that Rowland and his friends opposed in 1934 from Fascists and the conservatives of the time is repeating itself today. The feelings of powerlessness that the ordinary people had against those in politics and with influence that can encourage this dangerous language Rowland dislikes are felt through Milt and Clyde throughout the novel, and in particular Clyde during a boat cruise from Fremantle to Melbourne, where they must ensure Egon gets to Melbourne safely, and in Traveller’s Class, Rowland is able to get Egon as far as possible on his trip. The social class contrast between Rowland and his friends appears even more so in this book, where class and politics have become crucial to the evolution of the plot and characters at the stage of the series. The history of this turbulent period is woven into the plot and is sometimes the motive behind the crime, such as in A Dangerous Language. I also enjoy the inclusion of historical figures and people throughout that had an impact on history – this gives the stories an authenticity to them that is both exciting and informative at the same time.

As always, Rowland takes a few hits from people trying to cover up their crime, or another secret, and his brother Wilfred, battle-weary by now from saving the family name, is still faithful to Rowland, if a bit pompous at times. I do feel for Rowly when Wilfred loses his temper, as so often happens when Rowland stumbles into something he didn’t intend to. As polar opposites, Sulari has created exceptional characters in the Sinclair family, and their friends, including the heartbreak that Rowland’s own mother doesn’t recognise him, but sees him as his long-dead brother, Aubrey, an ongoing theme throughout the series that Rowland takes in his stride, and that Sulari has written exceptionally well. The Rowland Sinclair series is one that gets better with each subsequent mystery, and the uniquely Australian settings are in themselves a character – from Woodlands estate in Sydney, to the family property at Yass, and each place Rowland and his friends visit. They are often the unwilling detectives at first, dedicated to their art and friendship, but also dedicated to speaking out when and where they need to, to ensure that the dangerous language that Egon Kisch is trying to warn against does not infect the way of life that many in Australia enjoy. Once they are involved in the crime, it seems they cannot help themselves, and Rowland, as an honourable person, is always at hand to warn Colin Delaney of new information they stumble across.

An excellent addition to this series, and I look forward to the next one, which will hopefully be out soon!

Buy the new Rowland Sinclair and the rest of the books in the series here: 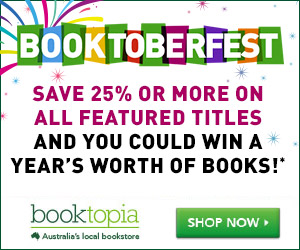