Synopsis: Imagine if you read your teacher’s diary… and discovered she was a witch! With courage, imagination and a certain amount of recklessness, Zelda Stitch begins her first year of teaching primary school – as an incompetent (incognito) witch.

It was bad enough when I was eleven years old. But if they sniff me out now, it’ll be a disaster.

Zelda Stitch isn’t much of a witch – she’s hoping she’ll make a better primary school teacher. But if the vice principal finds out about her, her dream will go up in a puff of smoke.

With NO HELP AT ALL from her disagreeable cat Barnaby, Zelda must learn to be a better teacher, a better friend and a better witch – even if that means taking broomstick lessons.

Zelda Stitch has just started a new teaching job, and she has more to worry about than just being a good teacher and the Vice Principal liking her. Zelda is a witch, and, according to her Mum and friends, not a very talented witch at that. Between witch lessons and teaching a class of children who seem to be trying to drive her away, to a Vice Principal who is constantly suspicious of her, Zelda must hide the fact that she is a witch from the class. Living a double life is hard, especially when one of your friends writes fantasy novels that use the tropes associated with witches, and your mother and friends are insisting you use your powers more than you do. And having a judgemental, disagreeable cat named Barnaby doesn’t help. Told in diary format, Zelda’s first nine weeks of teaching are filled with laughs, fun and magic, hinting at something bigger to come. Telling it in diary form is interesting and different – it allows the reader to truly get inside Zelda’s mind and see things the way she does, and she peppers her entries with conversations with her witchy circle, what happens in class and the snarky observations of her cat, Barnaby, whose character really shines from the page and he soon came to be the one I most looked forward to hearing about.

Zelda’s diary has illustrations of her class, Barnaby and other things she has written about, giving it colour and character that a purely text doesn’t always have. Aimed at children aged eight and older, I think it can be enjoyed by boys and girls, of any age, and by readers of all levels, from those learning, to confident readers, and will hopefully, like Harry Potter did for my generation, encourage reluctant readers to explore the world of books and words.

I thoroughly enjoyed this, even as an adult, and for older readers, I think is a wonderfully quick read when you just want something fun to enjoy and relax with. 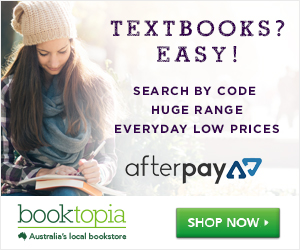