Synopsis: A rollicking fantasy-adventure by the master of children’s speculative fiction.

Talking dogs. Mischievous wizards. An evil stepstepfather. Loads and loads of toads. Such is the life of a Frogkisser.

Princess Anya needs to see a wizard about a frog. It’s not her frog, it’s her sister’s. And it’s not a frog, it’s actually a prince. A prince who was once in love with Anya’s sister, but has now been turned into a frog by their evil stepstepfather. And Anya has made a ‘sister promise’ that she will find a way to return Prince Denholm to human form…

So begins an exciting, hilarious, irreverent quest through the Kingdom of Trallonia and out the other side, in a fantastical tale for all ages, full of laughs and danger, surprises and delights, and an immense population of frogs.

Frogkisser is a fairy tale for all. When Prince Denholm is turned into a frog by the stepstepfather, Rikard, of Morven and Anya, Anya’s sister promise to Morven to find him and turn him back into a human. And so, Anya sets out on a Quest, with Royal Dog Ardent, a newt called Shrub, who was once a boy and Otter-Maiden, Smoothie, to find the ingredients for the lip balm needed to reverse transmogrifications. She needs to see a wizard, and meets up with the Seven Dwarves, and the Association of Responsible Robbers, to help up hold the All-Encompassing Bill of Rights and Wrongs, that Duke Rikard and the League of Right-Minded Sorcerers are trying to do away with. As Anya and Ardent embark on their Quest, The Kingdom of Trallonia is under the control of the Duke, and it is up to Anya and Ardent, along with those they meet along the way and rescue, to ensure the Duke doesn’t succeed.

Usually a fairy tale involves a prince saving a princess. However, in Frogkisser, it is Princess Anya who is destined to be the one to save the prince and go on the Quest, aided by faithful dog, Ardent. Anya is content to sit in the library reading and learning about magic – she wants to be a sorcerer, but perhaps this Quest, and what Duke Rikard does, will change her mind. In this fractured fairy tale, Anya is the one with the most agency – and is just as flawed as any other character, but it is what she does with those flaws and the knowledge she has that make her the hero of the novel.

Each character had quirks and flaws that made them complete, especially those on the Quest, such as Anya, The Good Wizard, Ardent, Smoothie and Scrub. Even Bert, the head of the Association of Responsible Robbers (ARR) was neither wholly good or bad – rather, she knew what she wanted to do, yet gave Anya fair warning of her plans. I enjoyed Anya’s growth over the book, and how she learnt to deal with unexpected changes in her Quest. She is a wonderful character, and a lot of fun. Definitely not a typical princess who waits to be saved – she does the saving herself. She is also human with human flaws and interests that make her relatable, and her trusty talking dog, Ardent, is the most adorable sidekick and Quest companion ever. He became my favourite character.

Garth Nix has combined traditional fairy tale and fantasy tropes with a mixture of well known fairy tale characters and myths, but turned them on their head: The Good Wizard is a woman, as is the Robin Hood character – Roberta, or Bert. The male and female characters for the most part work together efficiently and without question. The final chapters and climax were unexpected in some ways, but lovely in their execution. It is a delightful novel, and though aimed at a Young Adult audience, can be enjoyed by anyone who likes their fairy tales with a twist. I hope to revisit this novel soon. 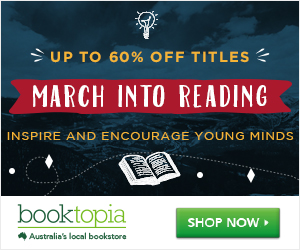 6 thoughts on “Frogkisser! by Garth Nix”