Synopsis: Imagine a world where kings prick their fingers as they sew, wolves wear heels, and princesses race to rescue sleeping princes…

They haven’t rewritten the stories in this book. They haven’t reimagined endings, or reinvented characters. What they have done is switch all the genders.

It might not sound like that much of a change, but you’ll be dazzled by the world this swap creates – and amazed by the new characters you’re about to discover.

Once upon a time there was a beautiful maiden … and we all know what happens next. Wicked stepmothers, curses, witches, and handsome princes riding in on a gallant white stead to save the day. We all know these versions, and all grew up with some version of them – whether they were the originals, or watered down, more socially palatable versions, or the Disney versions that have charmed generations with their colourful characters, songs and dancing.

Many have also retold these tales in novels, short stories and movies. Some, like Angela Carter, put a feminist slant onto the tales, empowering the female characters – Little Red Riding Hood or Cinderella or the wife in Bluebeard. Others like Kate Forsyth take the essence of the tale, and weave it into an historical fiction story that looks at turbulent times throughout history – World War Two, the French Revolution, Renaissance Italy, and the Pre-Raphaelite art movement. Some movies spin themes on their heads and prove that the stereotypes and archetypes found in fairy tales go beyond the page. Giants aren’t always evil. Lords aren’t always decent. Maidens aren’t always helpless. Newer versions of the well-known tales give their characters agency, but in most cases, still cast Cinderella as a girl. So what happens if you simply flip the genders?

That’s what Karrie Fransman and Jonathon Plackett did – they took several of the best-known fairy tales that we all grew up with as children, and simply switched the genders. Mothers became fathers, witches became wizards, the goose became a rooster, and evil stepmothers became evil stepfathers, and so forth. And one might ask how the traditionally binary male and female functions such as giving birth and laying eggs might happen? Well, fairy tale magic, as the authors point out themselves in the introduction, where they discuss their idea of simply flipping the binary genders as a way to explore the narratives differently. In their introduction, they mention non-binary genders as well, and acknowledge that they kept it simple. Anyone can see themselves in these stories though, because even though the genders swapped are binary, it does not take a stretch of the imagination to imagine the broad and vast spectrum of gender at play in our world, and indeed, this world of gender swapped fairy tales.

In this world, women save men, men give birth and wolves wear high heels (which begs the question – is it any easier for a wolf to walk in high heels than it is for a human? Or is it equally uncomfortable?) and Rapunzel’s beard is used for climbing rather than hair. Karrie and Jonathon have also used the traditional versions – nothing sanitised about these tales. Snowdrop’s (Snow White) father still dances to his death in red-hot iron shoes, the Perrault version of Little Red Riding Hood is used – no happy ending or saving the day there.  Instead of Beauty, we have Handsome who stays with the beast or sleeps for a hundred years. All the well-known fairy tale tropes and archetypes are here to enjoy and explore still.

Fairy tales are universal – every culture has their own tales and their own versions of common tales with similar themes and characters. Each version – the originals, the sanitised versions, the retellings, and the gender swapped versions each explore something different about our world and deliver new messages. Some of the changes might be subtle or simple, like a gender swap, but often, these carry the most powerful message. That your gender does not define you. You can be whoever you want to be, and the subtleties are ones where the lines are blurred, so there can be a myriad of potential explanations if questions arise from younger readers.

It is a beautifully put together book by Karrie and Jonathon, with beautiful watercolour illustrations by Karrie. It evokes a sense of who we are, where we have come and where we are going in the future when it comes to gender and its role in stories for all ages. I’ve loved fairy tales for as long as I can remember and studied them at university. I still have all my books and all the tales that I studied and have been collecting tales from other cultures to explore similarities and differences.

This is a book we all need in uncertain times. Different enough to spark conversations and dialogues about gender and its role in society but comforting in that we know the core of these stories and their outcomes. In a way, there is no uncertainty there. The simple act of swapping the genders of the characters – Gretel and Hansel, Puss-in-Boots is female, and queens have power in many stories, shows that gender is simply a construct, a way that we make sense of ourselves and the world, and whatever our gender is, we can be who we are, and whatever we want to be in a world that most of the time, wants to see things in a very binary, and specific way that assigns certain attributes to you based on your gender. These stories prove that attitude wrong in many ways. 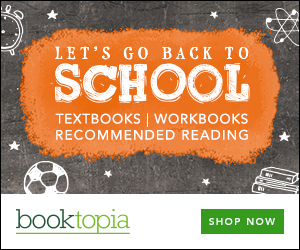