Title: Kensy and Max: Freefall
Author: Jacqueline Harvey
Genre: Adventure
Publisher: Puffin
Published: 3rd March 2020
Format: Paperback
Pages: 400
Price: $16.99
Synopsis: Where do you draw the line when your family and friends are in grave danger? Do you take action even though it means ignoring the rules?
Back at Alexandria, with their friend Curtis Pepper visiting, Kensy and Max are enjoying the school break. Especially when Granny Cordelia surprises them with a trip to New York! It’s meant to be a family vacation, but the twins soon realise there’s more to this holiday than meets the eye.
The chase to capture Dash Chalmers is on and when there’s another dangerous criminal on the loose, the twins find themselves embroiled in a most unusual case. They’ll need all their spy sensibilities, along with Curtis and his trusty spy backpack, to bring down the culprit.

~*~
Kensy and Max are on their summer break at Alexandria with their grandmother and Song, and new friend from Sydney, Curtis Pepper when they’re summoned to New York! A family vacation – how fantastic! Only…it’s not. When whispers of Dash Chalmers coming to find his family arise, Kensy and Max find their family and themselves in the middle of a race to keep Dash from finding his family and uncovering the culprit behind the poisonings from letters and parcels.

At the same time, Dame Spencer has her own reasons for including Curtis – she sees him as a possible recruit and spends much of the novel assessing him – we know from the blurb on the back that Curtis is a recruit being considered by Dame Cordelia Spencer. Kensy, Max and Curtis must work together to find out what is going on and who is behind it – and why all the adults around them are suddenly so secretive.

The Kensy and Max series gets more and exciting as it goes on, and each book should be read in order – some characters pop in and out of the series, the books refer back to previous events, but don’t give a full recap of what has come before, and there are new things to learn all the time that need to be connected to the previous stories. The codes and ciphers are always fun too – in this one, Jacqueline uses the A1Z26 code – where each letter of the alphabet is represented with the numbers one to twenty-six in that order.

Be swept up in a New York adventure as Kensy, Max and Curtis hone their spy skills, and seek to uncover the person who has been sending poison through the postal system. This is yet another highly addictive adventure in the Kensy and Max series, and as more secrets and hints at why the family is constantly targeted are revealed, we get closer to finding out why Anna and Edward had to go into hiding for so many years.

Kensy and Max: Freefall ramps up the action in the final chapters, where everything seems to happen quickly and seamlessly as Kensy, Max and Curtis get caught up in finding out who they’re after and saving Tinsley and her children, and many other people. It has the perfect balance of humour and action, and I love that Kensy and Max get to be who they are, but are growing and changing across the course of the series. This is a great addition to the Kensy and Max series, filled with continuity and in jokes, and a new take on the spy novel that has a fresh take on the world of spies and their training and gadgets. I am looking forward to Kensy and Max book six when it comes out. 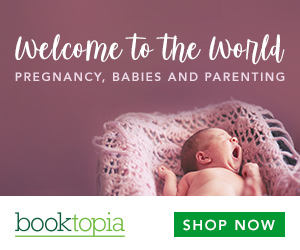 1 thought on “Kensy and Max: Freefall by Jacqueline Harvey”