Title: The Drowned Kingdom (The Impossible Kingdom #4)
Author: Kate Forsyth
Genre: Fantasy
Publisher: Scholastic Australia
Published: 1st of May 2015
Format: Paperback
Pages: 185
Price: $14.99
Synopsis: Quinn, Sebastian, Elanor and Tom have found a dragon and conquered the dreaded Beast of Blackmoor Bog. Only one item remains on their impossible quest – the scale of a sea-serpent. Now they must journey to the drowned kingdom, where they will face their deadliest challenge yet. And there they will uncover the truth behind all that has happened … the truth that will change everything.

Quinn received her witch’s staff in the last book – and together, with her companions and the unicorn, Quickthorn, Rex, the griffin, and Beltaine, the dragon, they set off to seek the Drowned Kingdom of legend, and find the final piece of the prophecy, the scale of a sea serpent. It seems simple, yet as they seek to find a way to get across the waters, Quinn and Tom discover secrets about Quinn’s past, about where she came from, that will lead them to unforeseen discoveries when they arrive at the Drowned Kingdom, and in their quest to save a sea serpent from being misused by Githa, the evil witch who has been trying to thwart the four heroes the whole way, alongside Lady Mortlake.

Yet more secrets are uncovered, as well as Quinn’s past – secrets about those Ela and Sebastian thought they could trust, and what the people they have left behind are faced with or have been forced to do. In the Drowned Kingdom, the four heroes face life and death, and danger at every turn. Slowly, they will come to find their way to the sea serpents – but at what cost, and will they achieve their goals?

Four books in, and each piece needed to complete the prophecy is on the way to being collected, and from there, only a few elements are needed to complete it – which will become clear in the fifth book, which I have started reading. As the quest heads into its final stages, Quinn, Elanor, Sebastian and Tom must grapple with the knowledge they’ve recently learned and how it changes things – or if it does.

As this series comes to the end, I am hoping that the heroes achieve their goals – which I am sure they will, but it is all about the journey getting there, and how Quinn, Elanor, Tom and Sebastian achieve it with the help of their beasts – a unicorn, a griffin, a dragon and a sea-serpent.

The fairy tale trope of the quest has been cleverly drawn out over the past four books, and will inevitably conclude in the fifth instalment, where they have to get back to Wolfhaven Castle and save those who are trapped by a spell there. Now that they know who is behind it, and helping Lord and Lady Mortlake, the four heroes must get into the castle, and find the heroes – but will they achieve this in the next book?

A thrilling addition to the series. 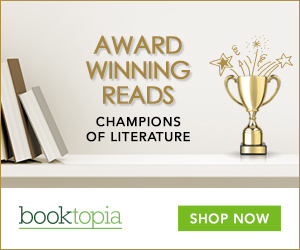