Synopsis:Phryne Fisher goes to the circus for her sixth mystery. Stripped of her identity and wealth, it’s only Phryne’s keen wit and sharp thinking that will help her now.

The Honourable Miss Phryne Fisher is feeling dull. But is she bored enough to leave her identity, her home and family behind and join Farrell’s Circus and Wild Beast Show? There have been strange things happening at the circus. And when Phryne is asked by her friends Samson the Strong Man, Alan the carousel operator and Doreen the Snake Woman to help them, curiosity gets the better of her.

Peeling off her wealth and privilege, Phryne takes a job as a trick horse-rider, wearing hand-me-down clothes and a new name. Someone seems determined to see the circus fail and Phryne must find out who that might be and why they want it badly enough to resort to poison, assault and murder.

Diving into the dangerous underworld of 1920s Melbourne and the wild, eccentric life under the big top, Phryne proves her courage and ingenuity yet again, aided only by her quick intelligence, an oddly attractive clown, and a stout and helpful bear.

In late 1928, The Honourable Miss Phryne Fisher finds herself bored with her life and the many luxuries she has. Her days seem the same, and so she makes the daring decision to leave behind her identity and luxuries and join the circus for a while. She has friends in the circus who come to her for help first, to find out what is behind the strange goings on and recent murder at their circus. Under her new name, Fern, and much to Detective Inspector Jack Robinson’s worry, she heads into an unknown world where she soon finds herself in danger, and the circus under threat from someone within.

Once in the circus, Phryne must find a way to fit in, whilst her friends, Samson, Alan and Doreen, try to keep her identity safe from everyone else so they don’t suspect she’s trying to ruin them. During her stay, Phryne makes friends, enemies and learns a few tricks as a horse rider while she investigates murder, poisoning and assault, and tries to get information to Jack surreptitiously, without the circus people finding out.

Set in the dying years of the 1920s, as the world is about to plunge into the Great Depression and many years of hardship, the Phryne Fisher series shows the differences between the various classes, genders and other aspects of society that in the 1920s, were a lot more restrictive in their expectations than they are today, and where someone like Phryne would also have had certain assumptions and expectations about what she should or should not do.  But in true Phryne style, like many of her friends, she ignores these demands and does her own thing, which is what makes her such a fun and invigorating character to read.

In her sixth outing, Phryne Fisher does nit disappoint. True to form, she uses all her assets to solve the crime – and pulls Jack into the case too. Throughout the novel, it goes back and forth between Phryne at the circus, and her training, and Jack at the police station, looking into the murder that triggered Phryne’s change of lifestyle, however temporary it is.

This series evokes a sense of the 1920s society in Melbourne, Australia, and the issues of class, wealth and gender of the time. Dot and Mr and Mrs Butler play a background role in this story, and appear towards the start and end, bookending the two lives Phryne lives in this book. With each novel, moving through the late 1920s, and the interwar period, there is a sense of comfort but also, a sense of discomfort captured in the lives of those living on the fringes or who might face discrimination. Knowing what is to come as a reader in the next decade of Phryne’s world as a reader, whilst the other characters have no notion or inkling of what is to come from Europe and what it will lead to. It is interesting to read this in hindsight, knowing what we know and where it might lead the characters in years to come.

This is a very good series, that highlights various aspects of society at the time, and is thoroughly enjoyable, and they are quick reads as well. I have fourteen more books to go in the series, and hope to get through them soon. 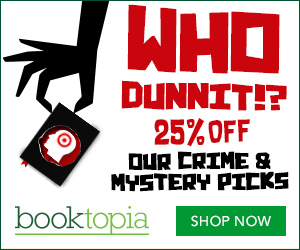