Synopsis: Four brutal murders, a city living in fear, a killer on the streets…Prime Suspect’s Jane Tennison returns in the 4th book in the bestselling Tennison series, from the doyenne of crime fiction.

February, 1979, ‘The Winter of Discontent’. Economic chaos has led to widespread strikes across Britain.

Jane Tennison, now a Detective Sergeant, has been posted to Peckham CID, one of London’s toughest areas. As the rubbish on the streets begins to pile up, so does the murder count: two bodies in as many days.

There are no suspects and the manner of death is different in each case. The only link between the two victims is the location of the bodies, found within a short distance of each other near Rye Lane in Peckham. Three days later another murder occurs in the same area. Press headlines scream that a serial killer is loose on ‘Murder Mile’ and that police incompetence is hampering the investigation.

Jane is under immense pressure to catch the killer before they strike again. Working long hours with little sleep, what she uncovers leaves her doubting her own mind.

As the winter of 1979 inches along, WDS Jane Tennison is working with the Peckham CID when bodies start showing up along Rye Lane, and with a serial killer on the loose, the press soon christen it “Murder Mile”. As the bodies pile up, Jane and her team search for connections between them, and in the seventies, prevailing attitudes against women in the force and ideas about how people should conduct themselves, and the various disagreements that crop up when friends are brought into suspicion, tensions arise as Jane tries to keep an open mind and not let prior relationships and connections get in the way of justice. As the plot moves along, suspects fall in and out of favour, some fizzle away into nothing, some disappear and others are let loose – yet one suspect looms large on Jane’s list – the only one connected to each victim, a dentist who is good friends with someone Jane works with, yet Jane doesn’t seem keen to let him off the hook.

As the case progresses, tensions rise amongst the cops and detectives, the complexities of the case become clearer , and soon, all attention turns to one viable suspect as Jane convinces the team leaders to look into them – making for an intriguing and fast-paced, and surprising finale as conflicts of the law and privilege, class and gender intersect to bring to life a story and characters that are vibrant and deep, exploring policing in an era when, as Jane observes, its still very much a male-dominated job, yet at the same time, showing the varying array and approaches to people and attitudes of the late seventies, and how these were dealt with.

The fourth in the Jane Tennison series, these stories see Jane starting out in her career, facing prejudice from some older detectives, and pressures to conform to what her family expects of her, and what society sees as right – despite the changes in society at the time as well. Caught between these changes and traditions that some characters seem to hold onto, Jane manages to find her way in the world, and her own path, and is open-minded and determined – she has to be, to get the bosses at work to listen to her.

Even though I had not read the previous three books in the series, it was easy to understand what was happening, and engage with the characters and story. It had an interesting plot, complex and intriguing yet not overwhelmingly so, and allowed room for character growth and change. It is a series I would recommend to mystery fans and is one that is in the middle ground of easy and complex- easy enough to knock out in a few reading sessions, yet the complex enough to be engaging and not be rushed, which is what makes reading it quickly possible. It can be savoured too, though I found I read it quickly because I wanted to know what happened.

An enjoyable read for new and old fans. 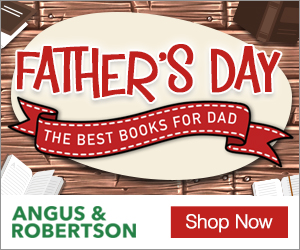