There are many things that I enjoy about Christmas – decorating the tree and house, buying and making new decorations each year, counting the Santa collection and watching it grow year to year, and watching favourite Christmas movies such as Love, Actually, Home Alone, The Santa Clause movies, and The Holiday each year. Amongst these traditions there is another that I have started – reading Christmas stories.

There are many Christmas stories for all ages, and across all genres, though for adults, I have mostly seen romance novels, and as these don’t always take my fancy, I have delved into the wonderful world of Children’s and Young Adult Christmas stories, short stories and the classics.

A Christmas Carol by Charles Dickens

Every year, I either read or watch – sometimes both – A Christmas Carol by Charles Dickens. I have three movie versions, and attempt to watch them all. Published in 1843, it has been touted as Dickens’ most popular story, and perhaps the most well-known story. The mere mention of the title evokes images of Bob Cratchit, Tiny Tim, Ebenezer Scrooge, and Jacob Marley. The book opens with the line: “Marley was dead: to begin with.” And from this opening line, we are invited into nineteenth century England during Christmas, to witness a man who goes around grunting “humbug” at those who wish to give Christmas greetings, and whose greed leads to the ghost of Marley warning him, and being taken on a journey by three ghosts: The Ghost of Christmas Past, The Ghost of Christmas Present, and the Ghost of Christmas Yet to Come to implore Scrooge to change his ways and keep Christmas in his heart all year around. A classic that has been reimagined many times, still with the same base story, A Christmas Carol is said to have reinvented Christmas, something explored in the book by Les Standiford, The Man Who Invented Christmas.

Some links about Charles Dickens and A Christmas Carol:

Father Christmas’s Fake Beard by Terry Pratchett is a new purchase this year for me, and the first of Pratchett’s books I have read – with some others on my pile to read at a later stage. It caught my eye in the bookstore window, and it has been published posthumously – Pratchett passed away in March 2015, and many of these stories were published under different titles or without titles. As I am still reading it, I have decided to leave my full review until I have completed it but so far, I am enjoying it. Full of all the Christmas themes we know and love but with a unique twist, I am looking forward to the remaining stories and tracking down a copy of Hogfather after Christmas. These short stories are funny, and full of imagination and intrigue that make Christmas fun. I admit to having been savouring these stories a little to try and finish over Christmas Eve and Christmas Day – and as this, and A Christmas Carol, and Murder on Christmas Eve are my main Christmas books so far, I have had to stretch them out – but it has been enjoyable to do so.

This is one that I am hoping to buy in the next few weeks, and read as soon as I can for the first time. It has been recommended to me by good friends, and I have searched for it instore, as my preference is to support my local business. Pratchett’s website describes it as including every secular Christmas tradition but with a few twists. As this is one I am yet to read, I have included the synopsis and look forward to reading it when I find it.

“Susan had never hung up a stocking. She’d never put a tooth under her pillow in the serious expectation that a dentally inclined fairy would turn up. It wasn’t that her parents didn’t believe in such things. They didn’t need to believe in them. They know they existed. They just wished they didn’t.

There are those who believe and those who don’t. Through the ages, superstition has had its uses. Nowhere more so than in the Discworld where it’s helped to maintain the status quo. Anything that undermines superstition has to be viewed with some caution. There may be consequences, particularly on the last night of the year when the time is turning. When those consequences turn out to be the end of the world, you need to be prepared. You might even want more standing between you and oblivion than a mere slip of a girl – even if she has looked Death in the face on numerous occasions…”

From reading this synopsis from Pratchett’s website, I am looking forward to reading this!

In this collection of some of the world’s most well-known crime authors, previously reviewed here, have had stories published or written new stories for this collection, set at Christmas across the decades, interrogating the human mind and what could drive someone to commit crimes at Christmas. A slightly different, darker and grittier take on Christmas stories, it is still fun and enjoyable to read. Much like the previous books, the theme of Christmas is in each story, and is more obvious in some, but nonetheless, each story encapsulates the good and the bad that Christmas can bring out in people.

How the Grinch Stole Christmas by Dr Seuss

Another classic Christmas story about the true meaning of Christmas beyond the food, and decorations and traditions we participate in is How the Grinch Stole Christmas by Dr Seuss. It tells the story of the lonely Grinch living above Whoville, disgusted at the cheeriness of the Whos. The premise and reasoning of this is speculated about – that his head may not have been screwed on just right, or that his shoes were too tight. The narrator’s most compelling reason though, is that his heart was two sizes too small. Aimed at children, it uses rhyming and fantastical creatures who celebrate Christmas to teach children the lessons that Scrooge learnt in A Christmas Carol. It also has many film versions, and each draws upon the basics of the story, with some expanding on some aspects of it, but keeping in Seuss’s style.

These three books by Matt Haig, released in recent years, were written for his children, who wanted Christmas stories and had asked questions about what Santa had been like as a boy, a girl who wakes up on the first Christmas ever, and must save Christmas, and the latest one about the adopted child of Santa.

You are about to read the true story of Father Christmas.

It is a story that proves that nothing is impossible.

A Boy Called Christmas is a tale of adventure, snow, kidnapping, elves, more snow, and a boy called Nikolas, who isn’t afraid to believe in magic.

The Girl Who Saved Christmas

The Girl Who Saved Christmas is my second children’s Christmas book. It’s the sequel to A Boy Called Christmas and tells the story of Father Christmas’s quest to find Amelia, the first child to wake up on the first ever Christmas morning, and stop Christmas, it’s up to Amelia, her new family and the elves to keep Christmas alive. Before it’s too late . . .the only person who can bring back the magic of Christmas.

Father Christmas and Me

It isn’t always easy, growing up as a human in Elfhelm, even if your adoptive parents are the newly married Father Christmas and Mary Christmas.

For one thing, Elf School can be annoying when you have to sing Christmas songs everyday – even in July – and when you fail all your toy-making tests. Also it can get very, very cold.

But when the jealous Easter Bunny and his rabbit army launch an attack to stop Christmas, it’s up to Amelia, her new family and the elves to keep Christmas alive. Before it’s too late . . .

A series that should be good, I am looking forward to getting these to add to my Christmas reading.

Of course, there are many other stories that have Christmas within them. The Christmas holidays play a pivotal part in the Harry Potter series, and in Nevermoor, where it is a month-long celebration, where in chapter seventeen, Saint Nicholas and The Yule Queen “battle” on Christmas Eve – for the fun of the citizens and Morrigan, based on a legend about Christmas in Nevermoor. There are many other examples, such as Little Women, where the opening scene is Christmas. Each story that includes Christmas as part of the plot illustrates the cultural impact of the holiday on literature today.

I look forward to reading the books mentioned that I have not read and reviewing them here, in a special Christmas category.

Merry Christmas and have a great holiday season! 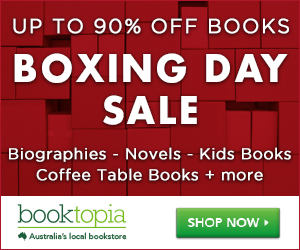