Synopsis: For most, the Black Death is the end. For a brave few, it heralds a new beginning.

When the Black Death enters England through the port of Melcombe in Dorseteshire in June 1348, no one knows what manner of sickness it is or how it spreads and kills so quickly.

The Church proclaims it a punishment from God but Lady Anne of Develish has different ideas. With her brutal husband absent, she decides on more sensible ways to protect her people than the daily confessions of sin recommended by the Bishop. Anne gathers her serfs within the gates of Develish and refuses entry to outsiders, even to her husband.

She makes an enemy of her daughter by doing so, but her resolve is strengthened by the support of her leading serfs … until food stocks run low and the nerves of all are tested by their ignorance of what is happening in the world outside. The people of Develish are alive. But for how long? And what will they discover when the time comes for them to cross the moat?

Compelling and suspenseful, The Last Hours is a riveting tale of human ingenuity and endurance against the worst pandemic known to history. In Lady Anne of Develish – leader, saviour, heretic – Walters has created her most memorable heroine to date.

From the press release: June 1348: the Black Death enters England through the Port of Melcombe in the county of Dorsetshire. Unprepared for the virulence of the disease, and the speed with which it spreads, the people of the county start to die in their thousands. A culture of terror and superstition quickly sweeps across the land as news of the Black Death travels far and wide.

In the demesne of Develish, Lady Anne takes control of her people’s future – including the lives of two hundred bonded serfs. Strong, compassionate and resourceful, Lady Anne chooses a bastard slave, Thaddeus Thurkell, to act as her steward. Together, they decide to quarantine Develish by bringing serfs inside the walls. With this sudden overturning of the accepted social order, where serfs exist only to serve their lords, conflicts soon arise. Ignorant of what is happening outside, they wrestle with themselves, with God and with the terrible uncertainty of their futures. Lady Anne’s people fear starvation but they fear the pestilence more. Who amongst them has the courage to leave the safety of the demesne? And how safe is anyone in Develish when a dreadful event threatens the uneasy status quo…?

It’s 1348 and The Black Death, known in the fourteenth century, has arrived in Dorsetshire, England. It has come upon them quietly, with the arrival of Lady Anne’s husband back from a quest to find daughter Eleanor a husband. Aged just fourteen, Eleanor will quickly learn some harsh truths about her life, and the world around her. In an effort to prevent the pestilence from entering the demesne, Develish, Lady Anne instructs the serfs to be brought inside, and will not allow anybody across the moat, or inside – including her husband. Whilst the Church is driving the message home that the pestilence is a punishment from God, Lady Anne protects her people without daily confession. Labelled a heretic for turning away from the Church at this time, and finding new ways to keep the pestilence at bay, Lady Anne is supported wholly by loyal, leading serfs, but makes an enemy out of her daughter. With food stores running low, will Develish continue to be the haven that Lady Anne has tried to create? Or will everyone, including Lady Anne and Eleanor, begin to fray at the edges and turn on each other?

The Black Death and the Middle Ages is not a period of time I have encountered often in literature – it is a period of time that was as significant in history as Culloden, Mary Queen of Scots and the First and Second World Wars – and I seem to have encountered more stories that use these other events and people or aspects of these events and people as a basis for the story. The Last Hours looks to be the first of at least two books, maybe more, as there is a preview for the follow-up out next year, and given the ending, I came away in search of more answers, but still enjoyed the story.

Placing a female hero at the centre of the story in a time when a woman’s position in society was determined by the men around her, and having everyone see her as the authority was executed wonderfully – as there were still reminders from Eleanor and Father Anselm that Lady Anne’s authority would be cut short when another Lord from another demesne arrived and took control of Develish. With the turning tide of the pestilence, Lady Anne’s daughter feels the strain of what is going on and what is to come, and begins to take her anger out on those around her – though little do they know what she is hiding from them, something that she herself is perhaps unaware of at first – and which I felt shaped her character. She was hard to like, whereas her mother was a likeable character, and Minette has done well at showing the breadth of personalities amongst the serfs and the others at Develish.

Each of these characters have flaws and strengths that reflect the fragility of humanity and religion, revealing these flaws for what they are and showing that they do not make someone a whole person. The flaws in religion are revealed through the doctrine of absolving sins to make the pestilence go away, but still seeing those that undertake this act dying within days or weeks of contracting it. And so, Lady Anne posits a different view – that piety or lack thereof, is not the cause, and a faithful serf and six others set out, across the moat and into the unknown to find out what is happening beyond Develish and to bring back supplies. But will they work out the source of the pestilence on their journey?

The Last Hours is a gripping novel of intrigue and explores an historical event that devastated so many during the fourteenth century, and coupled with a terrible event that threatens to rock the status quo of Develish, these two events will certainly bring devastation in more ways than one to the demesne, and shake the foundations to the core. And is Lady Anne a saviour, or a heretic? Either way, she is a memorable heroine, and I hope to see more of her soon. Those who enjoy historical fiction with a hint of subversiveness and mystery will enjoy this book. 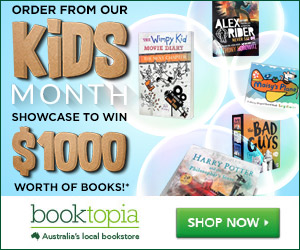 2 thoughts on “The Last Hours by Minette Walters”