Title: Murder on the Ballarat Train

Synopsis: In Phryne’s third adventure, Phryne is off to Ballarat for a week of fabulousness, but the sedate journey by train turns out to be far from the restful trip she was planning.

For the elegant Phryne Fisher, travelling sedately is not at all what it seems.

‘Lie still, Dot dear, we’ve had a strange experience.’ But neither the resourceful Honourable Miss Phryne Fisher nor her loyal maid, Dot Williams, are strangers to odd events.

When the glamorous Phryne Fisher, accompanied by Dot, decides to leave her delightfully fast, red Hispano-Suiza at home and travel to the country in the train, the last thing she expects is to have to use her trusty Beretta .32 to save their lives.

What was planned as a restful country sojourn turns into the stuff of nightmares: a young girl who can’t remember anything, rumours of vile white slavery and the body of an old woman missing her emerald rings. And Phryne is at the centre, working through the clues to arrive at the incredible truth before another murder is committed.

Fortunately, Phryne can still find a little time for a discreet dalliance and the delicious diversion of that rowing team of young men.

Journeying to Ballarat on the train with Dot, Phryne is expecting a week of elegance and a break from the bustle of the city. However, Miss Fisher finds herself midst a murder case, a young girl whose memory has disappeared and rumours of white slavery occurring in Melbourne. Returning back to Melbourne with Dot, the young girl, Jane, and the daughter of the murder victim, Phryne sets herself the task of finding out who killed the old woman, and where Jane comes from so she can help her, and engaging in a dalliance with a rowing team from the local university, culminating in events that Phryne had not thought possible.

As always, Phryne engages the Communist drivers, Bert and Cec to help her look into the less savoury aspects, people and locations that are linked to Jane in order to help her, and eventually, another young girl called Ruth. Little does Phryne know that somehow the rowing team and the two cases she picked up on the train are to become linked, and the killer and their secrets revealed.

Kerry Greenwood has succeeded again in creating a female character who simultaneously fits in with the time period she lives in yet also flouts all socially acceptable behaviour for a woman of her standing. She allows the male police to act when necessary, but assists them and uses her feminine wiles to ensnare Detective-Inspector Robinson into helping her, which he does, gladly, and in awe of her.

Set in the late 1920s, during the early stages of the Great Depression that gripped the world during the 1930s, and up to the Second World War, Kerry Greenwood at times hints at moments of Australian history that are significant, though these moments are a bit more prevalent in Sulari Gentill’s Rowland Sinclair series, set roughly during the same time, and with a character who is also an amateur detective and gives the police he deals with a run for their money.

A series of historical fiction crime books with a female character who is strong and feminine in equal measures, and whose escapades shock the prim and proper, and traditional echelons of society in a young Australia, merely ten years fresh from a world war and almost three decades old, Kerry Greenwood has captured an essence of the Australian character in a unique way. I am enjoying this series, and look forward to reading more, and hopefully getting through them all this year. 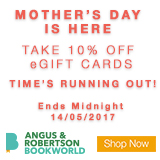