Last summer, Alice Ogilvie’s basketball-star boyfriend, Steve, dumped her. Then she disappeared for five days. Where she went and what happened to her is the biggest mystery in Castle Cove. Or at least it was. Because now, another one of Steve’s girlfriends has vanished: Brooke Donovan, Alice’s ex-best friend. And it doesn’t look like Brooke will be coming back …

Enter Iris Adams, Alice’s tutor. Iris has her own reasons for wanting to disappear, though unlike Alice, she doesn’t have the money or the means. That could be changed by the hefty reward Brooke’s family is offering. The police are convinced Steve is the culprit, but Alice isn’t so sure, and with Iris on her side, she just might be able to prove her theory.

Luckily, Alice has exactly what they need to crack the case — the complete works of Agatha Christie. If there’s anyone who can teach the girls how to solve a mystery, it’s the master herself.

But the town of Castle Cove holds many secrets, and Alice and Iris have no idea how much danger they’re about to walk into …

Castle Cove is a small town in California where girls go missing, families have secrets, rumours swirl, and friendships are broken quickly based on the rumours and social expectations. Alice Ogilvie disappeared for five days last summer after her boyfriend dumped her, and her abrupt return was shrouded in mystery. Everybody was talking about it; everybody knew about it. Alice became known by everyone, and now everyone just knows that she is the girl who disappeared for five days, with various rumours attached. But on Halloween, after an argument at a party Alice’s, her ex-best friend, Brooke Donovan goes missing – never to be seen alive again.

Alice also has to be tutored to bring her grades up, and her tutor is Iris Adams. Iris is a kid from the poorer side of town, and wants to disappear – but she’s not willing to tell anyone why. She wants to get the money from tutoring and get her and her mum away from Castle Cove as soon as she can. But when she meets Alice, she is drawn into a world of Agatha Christie and crime solving with Iris’s friends – Zora, Spike, and Neil, an anonymous source, the public defender, Ricky (who once babysat Iris), and some clever tricks and investigative techniques to find out who was really behind what happened to Brooke.

Like any good crime novel, the suspect arrested first is a red herring, and one that I think was cleverly placed. All crime shows and stories always posit someone close to the victim as the killer – a boyfriend, a partner, a spouse – because usually, it is. In doing so, Kathleen and Liz were able to set up several red herrings as Alice and Iris worked to find out what really happened in their home time. What I liked about this novel was its focus on three things: the crime, friendship, and female protagonists who are more than what everyone assumes they are. I thought each character holding back secrets until they were ready to let people in worked well, as it allowed for character growth and realisations that they could be more than what everyone thought they could be. And Alice, Iris, and Iris’s friends could see this in Alice and Iris, proving that these people were a better fit as friends, despite their different backgrounds and experiences than Alice’s other friends were for her.

Alice and Iris learnt to get along through the investigation into Brooke’s demise, which speaks to a very powerful aspect of friendship, and I think we need more books that celebrate friendship, making friends, and as friends, supporting each other through hard times, as Iris and Alice end up doing, though it comes along much later. It shows that we can make friends throughout our lives, and that the things we connect over can be very variable. I think it was powerful that Alice and Iris bonded over the mystery and Agatha Christie and secrets rather than being rich, like Alice and her former friends. The former was something common, something shared that ended up revealing  more of each girl to the other than Alice’s relationships with her former friends, the Mains.

I liked that the characters weren’t perfect and suited the age group they were representing, and it showed that we are all complex. That regardless of age, we all have things we don’t want to talk about, things we are scared of or not proud of, and that it takes a special person to help us open up or come to terms with it. This I feel is a universal experience, not just a teen experience. Perhaps that’s why The Agathas spoke to me on that level – the experiences of friendship that are around all our lives, but often not given as much attention as romantic relationships or family relationships. Alice’s feelings at losing her friends is relatable to all. We hurt just as much losing a friend – whether the relationship breaks down, as with Alice, or they die – as Brooke does. Sometimes, these relationships and the fracturing or ending of them can mean something powerful. Losing a good friend can, as it does in this book, feel like the end of the world. It is why I really enjoy books that celebrate friendship in all its forms as much as other types of relationships. Because it is probably the one thing, we can all relate to at any time in our lives. It is the one constant we often have at times, and our friends can be our rocks, the people we can often rely on the most. It proves that friendship and determination are important factors in working together to uncover the truth and getting justice for a girl in the small town they live in.

I think the small town like Castle Cove in this book gives a great scope for a mystery. Everyone knows each other to some extent, and therefore nobody can believe that certain people would have done it. Yet they also believe things too quickly, resulting in a conflict within the town about who they want to put in jail., even if it ends up being the wrong person. As a result, the book touches on many themes of power and what money and influence can do, and how people can use power and money to make things fall the way they want and sweep things under the carpet. The combination of everything above made it a compelling and precocious novel that can empower readers who feel they don’t have a say to do something – anything, and what it means to find that one true friend or those true friends at any stage in life, and how this can change the way you see yourself and the world around you.

It was a surprise book for me, and I enjoyed it very much, as it is a different take on the detective theme, and I always like amateur detective stories. I liked the way this one ended too – it concluded in a way that the book works as a stand-alone yet opens the possibilities for a trilogy at least. It would work well as either, and I think this is a great book for young adults seeking stories about friendship and mystery. 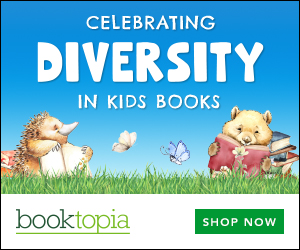 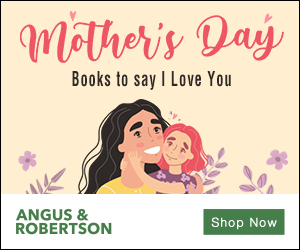